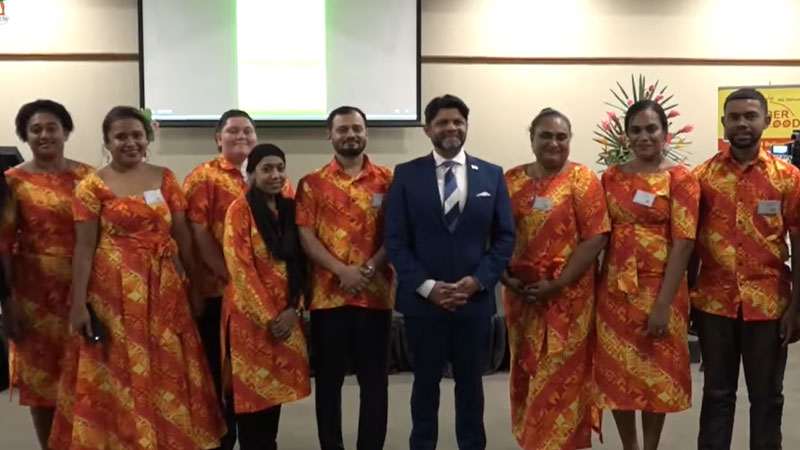 Majid Shahzad’s aim of operating CyberFood may just have been a dream but it has resulted in an innovative mobile application which has provided employment to Fijians.

CyberFood Mobile Application was launched at the Grand Pacific Hotel last night where Shahzad stated he has provided employment to eight full time staff and seven private contractors and the numbers are likely to increase.

Shahzad who was born in Pakistan and came to Fiji in 2009 says CyberFood has provided access to Fijians to order food and get it delivered to their doorsteps with many payment options available.

Shahzad says he has also provisioned for other essentials like groceries, cakes and over the counter medicines.

He says as the founder of CyberFood, his journey has always been about resilience, especially during the two years of COVID-19.

Shahzad says the project was largely funded by the Department of Foreign Affairs and Trade of the Australian Government and supported by United Nations Capital Development Fund.

He also says the app was developed offshore mainly in Pakistan and India.

Meanwhile, Attorney General and Minister for Economy Aiyaz Sayed-Khaiyum who was the chief guest at the event says there has been an exponential growth in the digital space due to COVID-19, which has led to an enormous shift in the way business is done in Fiji.

He adds Parliament last year approved the National Payment System and hopefully it will be put in place later this year to allow for more transactions to take place.