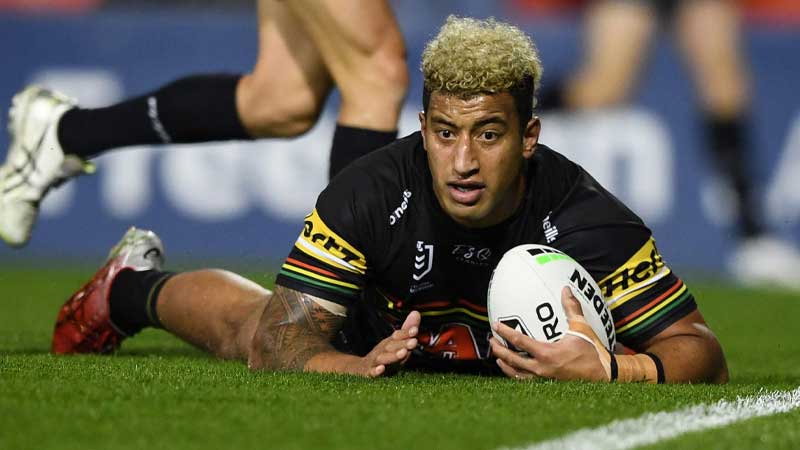 Fiji Bati forward Viliame Kikau will be lining up for his second Grand final appearance for the Penrith Panthers. [Photo: Getty Image]

Fiji Bati forward Viliame Kikau will be lining up for his second Grand final appearance for the Penrith Panthers when they face the Rabbitohs at Suncorp Stadium tomorrow.

Kikau was part of the team that lost 26-20 in last year's final against Melbourne Storm.

The 26-year-old has credited the family he stayed with at Townsville for two years for setting him on the right path after arriving in Australia from Fiji as a shy teenager with a sketchy grasp of the English language.

Kikau says that he is grateful that he had to live with Cheree and her beautiful family.

He says when he came over in November of 2013 from Fiji, it was hard for him to even speak English, but Egans family cared for him.

Kikau adds he would not have been where he is now without them.

He says he cannot wait to bring impact in tomorrow night's Grand final.

Fijian teammate, Api Koroisau is also appearing for his second Grand final for the Panthers.

The NRL Grand final between the Panthers and the Rabbitohs is at 8.30pm tomorrow.