Sayed-Khaiyum tells supporters to turn up for voting

Sayed-Khaiyum tells supporters to turn up for voting 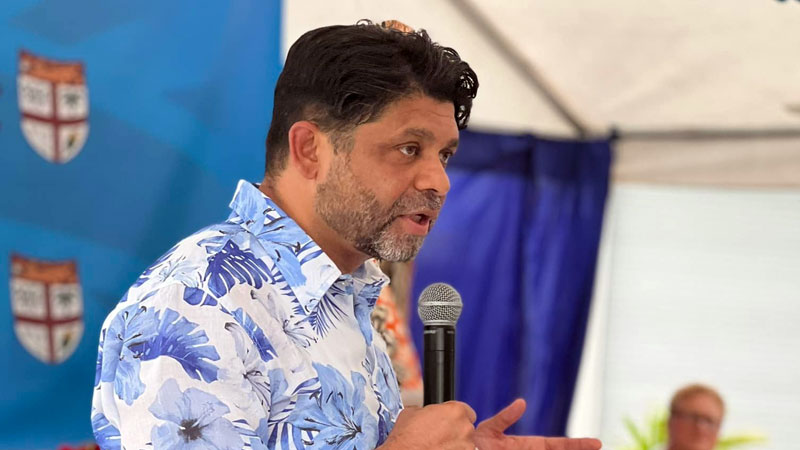 FijiFirst General Secretary, Aiyaz Sayed-Khaiyum says we had so many people in the last elections, many of them who were their supporters who had said that there is no need to vote as FijiFirst will win anyway.

He asked the supporters not to make this mistake.

Sayed-Khaiyum says if everyone will think that there is no need to vote as there is so much support for them, then who will vote.

While speaking at the opening of the FijiFirst Office at Motorex Complex at Nadi Back Road, Sayed-Khaiyum stressed every single vote counts.

The General Secretary of the FijiFirst says the election is always on a Wednesday and if people work on that day, it is a paid holiday.

He says people get paid to stay home to go and vote.

Sayed-Khaiyum adds there are over 2,000 polling stations in Fiji now and it takes around 15 to 20 minutes for people to cast their vote.

Sayed-Khaiyum then said the opposition parties do not have any policies, solutions and long term goals and only know how to criticise.

He says people have to ask whether they want a leader who has a proven track record who has mordernised Fiji, provided free education and provided rural pregnant women with vouchers.

Sayed-Khaiyum says people have all sorts of assistance and more will happen.

He adds in a period of instability globally, we need able leadership that is currently being provided by Voreqe Bainimarama.