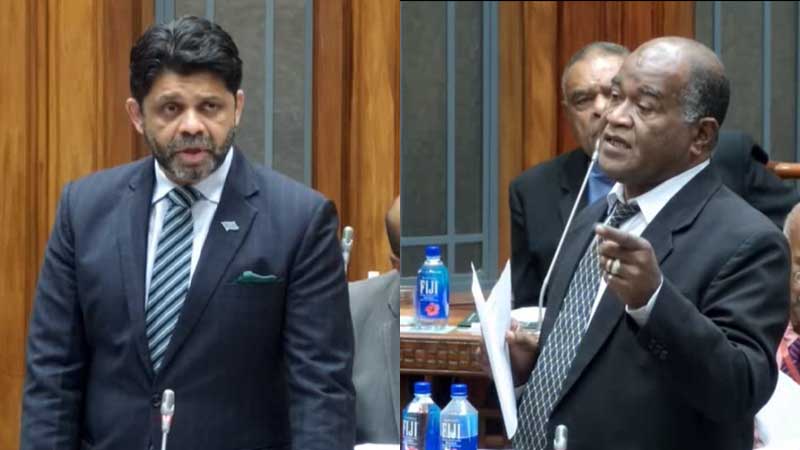 The Interpretation Amendment Bill 2021 will be debated in parliament this Wednesday.

Attorney General, Aiyaz Sayed-Khaiyum says this bill has been brought to ensure we have proper registration of names and ensure they establish authentication and identification.

He says the bill states that if anyone is required to give their name for official purposes whether for getting married, getting a fishing license or driving license, the person must give the birth certificate name.

Sayed-Khaiyum adds there is a transitional provision in the bill where if a person’s license expires in two years time, he or she will have to produce the birth registration number when he or she goes to reapply for the license.

He says they do not want licenses and permits to end overnight just because this law is coming in place.

While contributing to Sayed-Khaiyum’s motion, SODELPA MP, Niko Nawaikula says these amendments to the law goes back to the case against him which was a personal attack by Sayed-Khaiyum on him and he had also used the Supervisor of Elections.

Nawaikula says it would have been proper for Sayed-Khaiyum to sack the Supervisor of Elections.

He says the Supervisor of Elections has been doing his bidding personally and there are about three cases where the courts have stated that he is wrong.

In his right of reply, Sayed-Khaiyum says Nawaikula thinks that they all sat around and wanted him out of parliament, however they don’t as Nawaikula is good entertainment value and also makes the opposition look completely incompetent.

Sayed-Khaiyum says he cannot sack the Supervisor of Elections.

When contacted, Supervisor of Elections, Mohammed Saneem says Nawaikula has poor understanding of the law and that is reflected in his statement in parliament.