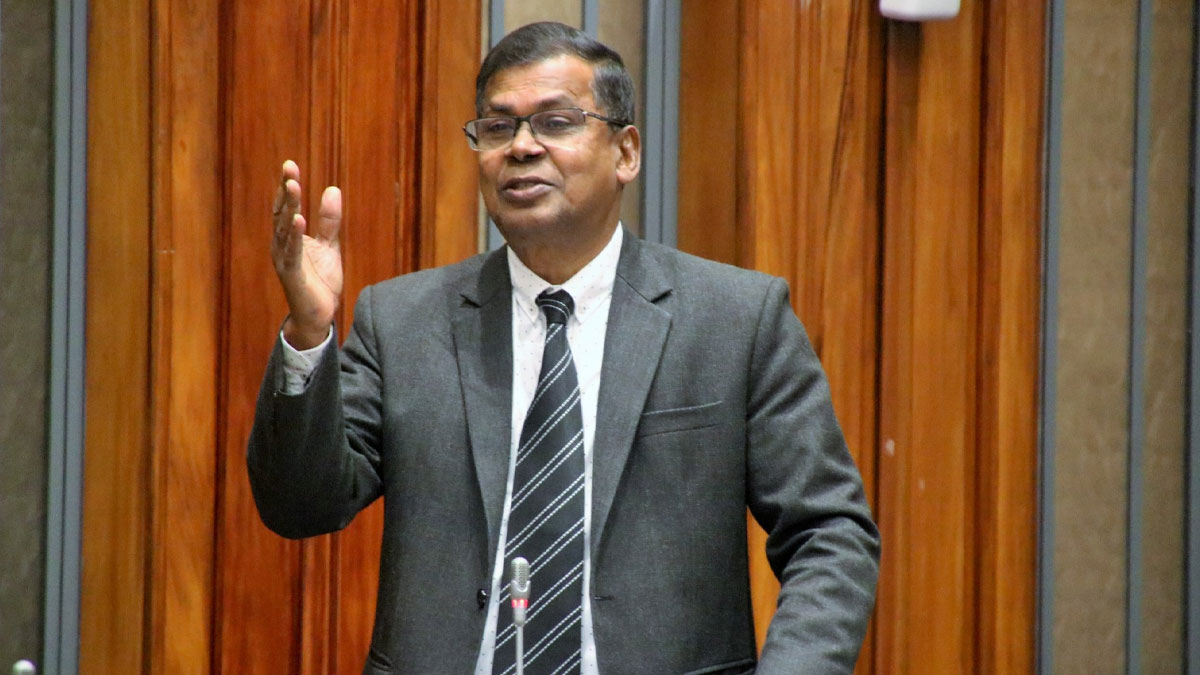 Minister for Economy, Aiyaz Sayed-Khaiyum has delivered his last National Budget and Fijians are ready to kick the FijiFirst Government out according to National Federation Party Leader, Professor Biman Prasad.

While opposing the national budget, Prasad says three years ago Sayed-Khaiyum boasted about the “Bainimarama Boom” which became a national joke and he is now talking about the “Bula Boom”.

He says Sayed-Khaiyum talks about record breaking economic growth of 12.4% but he has forgotten that under this government another record was broken when the economy went backwards by 19%.

Prasad says this year’s deficit of almost $800 million will take the national debt to over $10 billion before the end of the year which includes Government guarantees.

The NFP Leader says it is insulting to talk about a “Bula Boom” when thousands of Fiji families are struggling to make ends meet.

He has questioned that if there has been a “Bainimarama Boom” then why was the minimum wage kept so low for so long and suddenly it was increased as election time came near. Prasad says the Prime Minister talked about the education revolution and he could not believe his ears because this has been the worst ever government for education. He says there is no vision to shape a school curriculum for the 21st century and teachers are put on insulting employment contracts.

The NFP Leader has also questioned why tens of thousands of people are without water every day and why are there constant power failures.

He says the Ministers on the other side still try to blame past governments but they forget that they have had 15 years to fix these problems.

Prasad says in that time they have spent $50 billion of our money and yet cannot even get the basics right.

He says all of a sudden the Minister for Economy is desperately promising now that all the water problems will be fixed in nine months.

Prasad adds nothing will change in Fiji until our leadership changes because leadership is the central role of government.

He says we have a government powered by the insecurity of two men and only those two are allowed to say and do anything.

Prasad says our two leaders have no succession plan because they do not want successors and are afraid of new leaders.