Sayed-Khaiyum claims in 2000 coup women in Dreketi were made naked and forced to cook, Prasad says he has relatives in Dreketi and no one informed him of such incidents

Sayed-Khaiyum claims in 2000 coup women in Dreketi were made naked and forced to cook, Prasad says he has relatives in Dreketi and no one informed him of such incidents 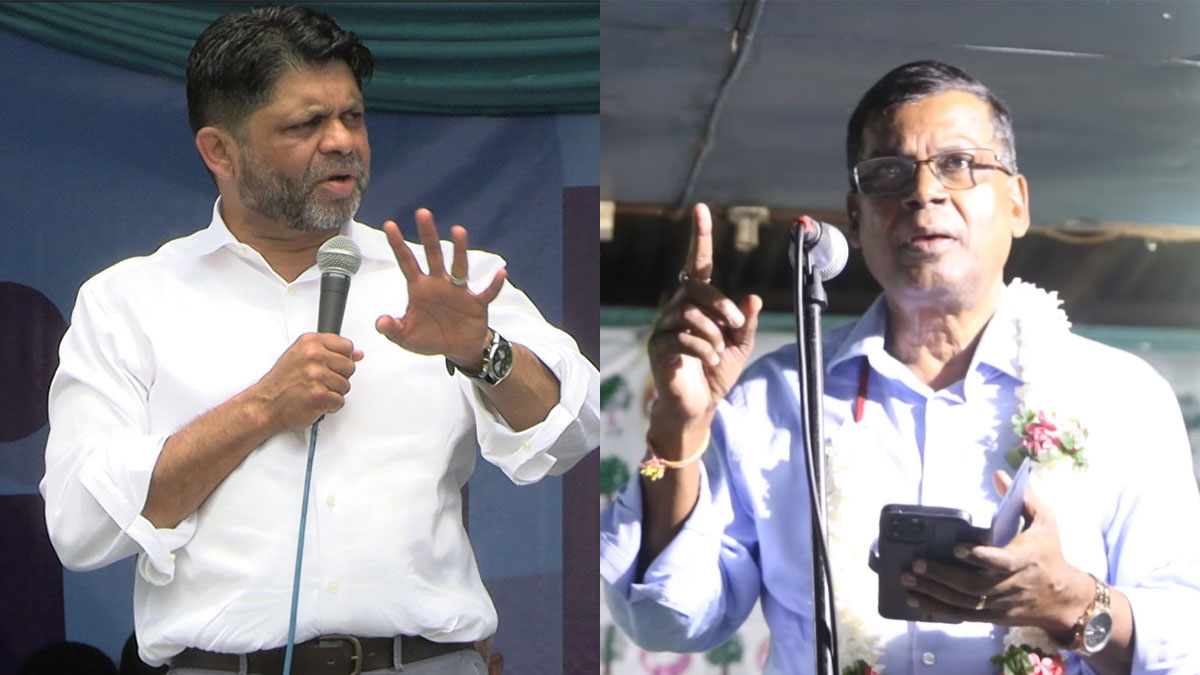 The General Secretary of FijiFirst Party Aiyaz Sayed-Khaiyum claims during the 2000 coup, women in Dreketi were forced to get naked and cook while the Leader of the National Federation Party, Professor Biman Prasad says he has families from Dreketi, and they have never mentioned anything as such.

While speaking in Hindi in a rally in Tavua, Sayed-Khaiyum says they are not restricted by Prime Minister Voreqe Bainimarama to talk openly on what had happened in parliament, and he raised issues as to what had happened in 2000 where women were forced to get naked and cook.

Professor Prasad says people don’t believe anything Sayed-Khaiyum says now and no one knows how he has gotten this information.

He adds Sayed-Khaiyum cooks up facts.

Professor Prasad also says Sayed-Khaiyum knows people have seen through his lies, so he is now resorting to talking about race, and religion and is also attacking the Bhajanias (bhajan singers).

Professor Prasad adds one of his candidates Shiu Dayal is one of the best Bhajanias in Fiji and he is also an educated person.

The Permanent Secretary for the Ministry of Waterways and Environment, Mere Lakeba, says the symposium provides an opportunity for people to ... 2 minutes ago

The Minister for Employment, Productivity and Industrial Relation, Agni Deo Singh, says there were hindrances in the past regarding the Employment ... 9 minutes ago

A father and daughter duo, have enrolled for undergraduate studies at The University of the South Pacific. 47-year-old Ratu Soqosoqo says he could ... 12 minutes ago