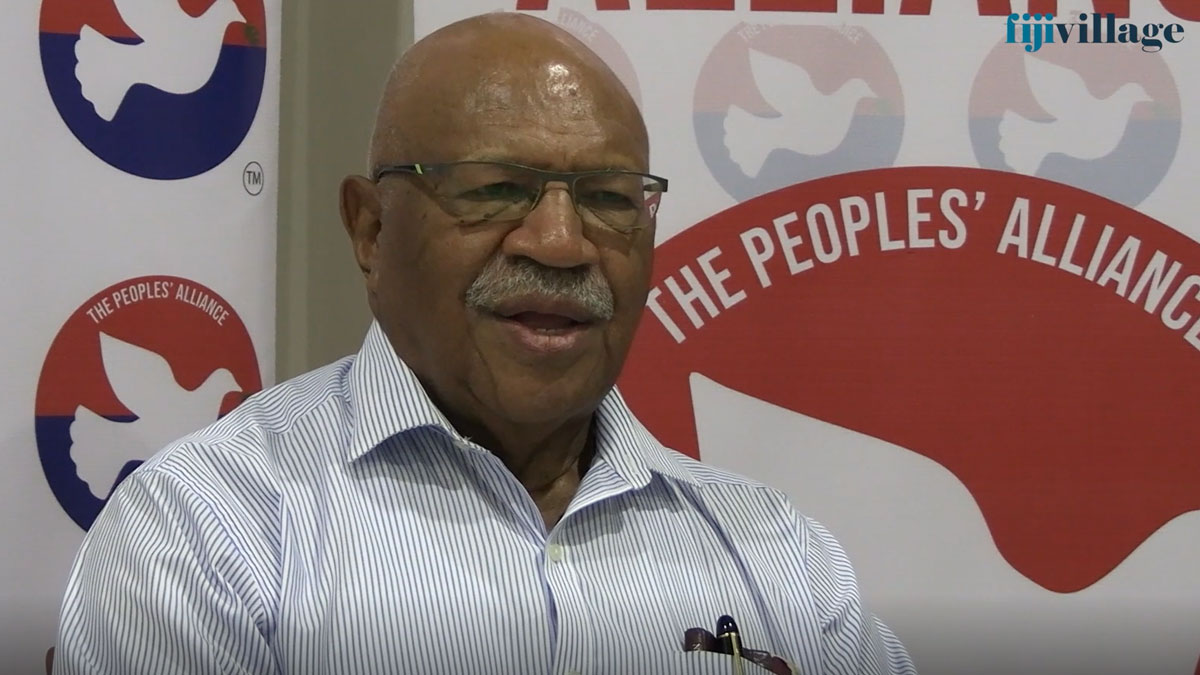 While responding to Sayed-Khaiyum’s statements, Rabuka says it is a striking example of self deception that Sayed-Khaiyum and the Prime Minister have convinced themselves that they are doing marvellous for people and it is impossible for them to admit that fear is around.

Rabuka says there is fear around them or why would they be having bodyguards.

The former Prime Minister further says the origins of fear go back to numerous publicised incidents and some utterances.

He says Sayed-Khaiyum is unable to admit that his Media Decree which is now the Media Act is oppressive and the only defence he offers is that no one has been prosecuted.

Rabuka says the Prime Minister's remarks are often scripted, and Sayed-Khaiyum cannot help but talk down and lecture to his opponents and has over time accumulated too much power and is ready to use it whenever he wants to.

He says earlier this week, he spent time visiting informal settlements and villages around Suva. Rabuka says most of the residents just wanted somebody to listen to their plight, hear what they go through, day in day out.

Rabuka says what he saw and heard completely undermine the often repeated plan by the Sayed-Khaiyum/Bainimarama Government that no one would be left behind.

He says all those people he spoke to have been left way, way behind and majority of the people were very evidently struggling.

The former Prime Minister says they belong to the growing ranks of a population who want to see a change and are burdened by the cost of living, low wages and poor health services and other amenities.

He says the earlier advice by EFL that people should protect themselves by buying a generator perfectly illustrates how out of touch this government is with the people and it is clear to him that in those settlements and villages, people could not find the money to survive, let alone generate their own power and that power should really be provided for by the Government.

Rabuka further says his advice to the Prime Minister is when they go to meet the poor and the needy, they should not just listen quietly, not give money to shut up their mouths but listen to them and maybe they will realise that the money they are giving them is useless for them at the time.

Rabuka says Sayed-Khaiyum in his recent press conference pushed back on the reality that democracy was under assault.

He says Sayed-Khaiyum is in denial about this because he has to be.

Questions have been sent to Aiyaz Sayed-Khaiyum. He is yet to respond.