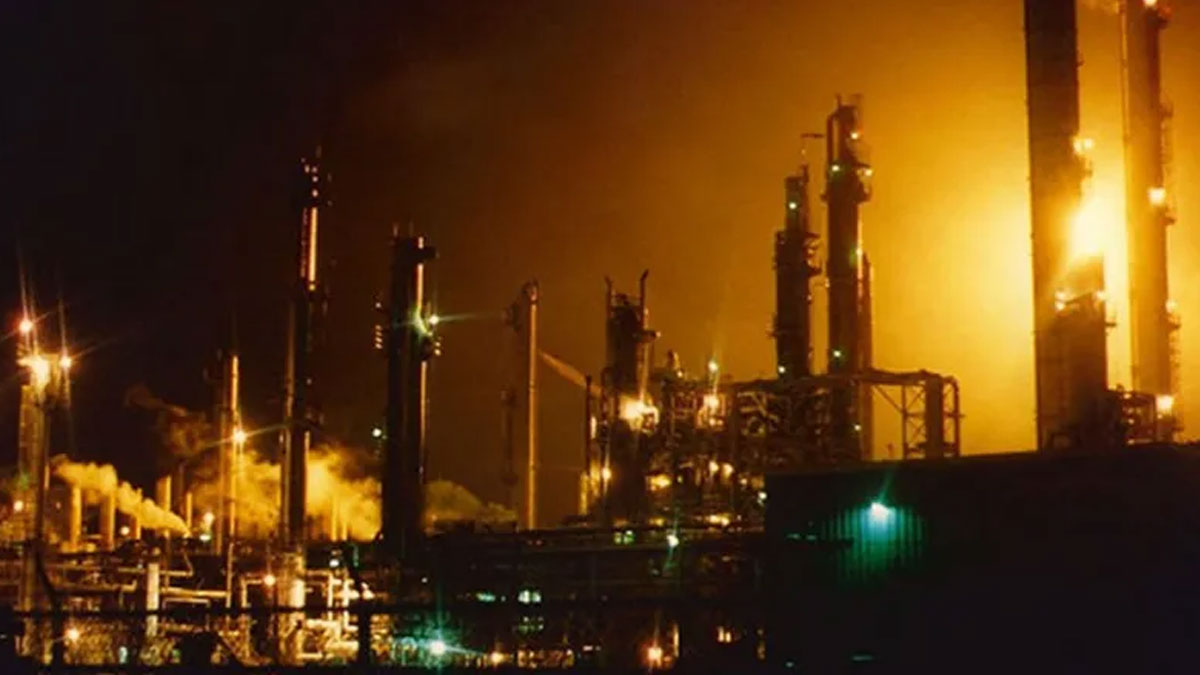 Global oil refining capacity shrank during the pandemic, exposing vulnerabilities in some of the world's largest fuel consumers. Yet the decline was not evenly distributed. Refining capacity in China, for instance, has grown. Capacity in the Middle East is growing, too.

Bloomberg reported recently that Saudi Arabia, Kuwait, Oman, and Iraq are building up refining capacity, with total additions of over 1 million barrels daily. The report noted that based on these additions, Middle Eastern refiners could be processing some 8.8 million barrels per day of crude next year.

This increase is roughly equal to the amount of Russian fuels the European Union has embargoed beginning at the end of this year. According to some, the Middle Eastern capacity increase would be enough to cover the barrels that will be lost once the embargo kicks in. Theoretically, it would. Practically, Middle Eastern producers would be looking for the most generous buyers.

If this most generous buyer turns out to be the European Union, it will be a huge relief for the United States as well: right now, the U.S. is exporting so much fuel to the European Union as well as to other markets, that there are worries this is contributing to record-high retail fuel prices at home. Incidentally, the U.S. shed about 1 million bpd in refining capacity in the last two years, and more capacity is expected to be retired in the coming years as well.

Meanwhile, Saudi Arabia is expanding the Jazan refinery, planning to boost its diesel production unit to over 200,000 bpd, beginning in the first quarter of 2023, according to data from Energy Aspects.

Kuwait is meanwhile building a new refinery, Al-Zour, which was supposed to launch in early 2022 but has faced delays. The $16-billion facility will be one of the largest in the Middle East when it becomes operational, with a capacity of 615,000 bpd.

Oman is also building a new refinery and is running late with the schedule, according to the Bloomberg report. The $8-billion Duqm facility will have a capacity of 230,000 bpd when completed, which is now expected to take place by the end of March 2023.

Iraq is working on three refinery projects, including a $4-billion upgrade of an existing facility in Basrah, a new 140,000-bpd refinery in Karbala, which is planned to become operational this year, and a $7-billion new facility in Faw, with a capacity of 300,000 bpd, to be built by China National Chemical Engineering.

Bahrain is also taking part in the refining capacity boost in the Middle East with an upgrade of its Sitra refinery, expected to be completed next year, raising the facility's capacity to 400,000 bpd.

This looks like pretty solid additional refining capacity to have when refineries elsewhere are shutting down. Yet supply of fuels is not lagging behind demand in the West only.

Fuel prices in Asia are on the rise as well, despite massive new refining capacity that has come online in China in the past two years. At one point, analysts even warned this capacity was excessive. Maybe it will be at some point, but right now, this capacity seems to be needed. But it is not being used.

With its eyes on emission reduction targets, Beijing has limited fuel export quotas for its refiners as it also seeks to tackle excessive fuel inventories at home after the latest wave of COVID-related lockdowns. So it has the capacity but is deliberately not using it. Of course, this could change as inventory levels normalize. It would be a very welcome change for Asian consumers.

It seems, however, that new refining capacity is strictly concentrated in Asia and the Middle East. This, in turn, means that Europe and, to a smaller extent, the United States, will remain reliant on foreign fossil fuels despite efforts to reduce this reliance.