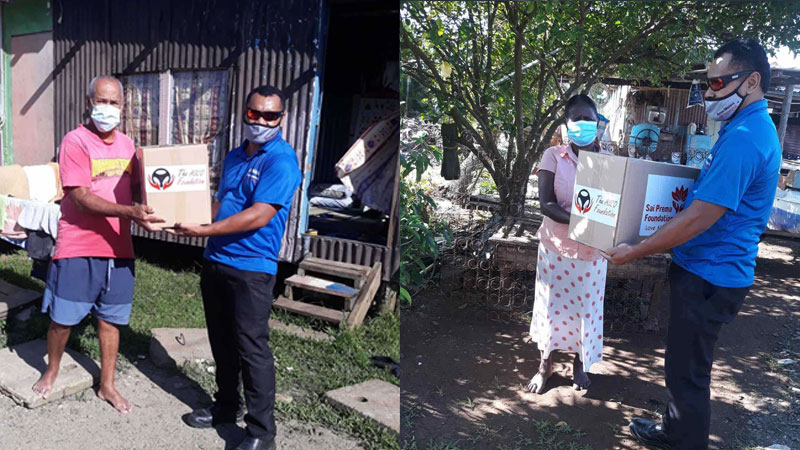 Sai Prema Foundation and Asco Foundation have joined hands to assist 500 families in the West with grocery packs.

Sai Prema Foundation Director Sumeet Tappoo says the Foundation is committed to helping the people of Fiji and as part of their continuing efforts, they have distributed grocery ration packs to 500 more families.

He says this effort has only been possible due to the kindness and generosity of the Asco Foundation whose support made it possible for them to undertake the distribution.

Tappoo further says the Foundation has been inundated with requests from across Fiji and that it was important that the country stands in solidarity to overcome this pandemic situation.

He adds they are deeply saddened by the plight of the people as many are struggling to feed their families and they feel particularly for the children, elderly and disabled who are helpless.

Tappoo says he is also very touched to see the vast number of NGO’s and charitable organisations who have stepped up.

The Asco Foundation is the charitable trust arm established by Asco Motors and has been in existence since 2018 and has since provided $200,000 of donations to various charities and organisations.

Sims says they chose to work with the Sai Prema Foundation of Fiji because of their impressive record of reaching out to all communities in Fiji.

The distribution was undertaken in Nadi, Lautoka, Ba, Tavua and Rakiraki by Sai Prema Foundation’s ground based partners and distribution teams who identified families who were in serious need of assistance.