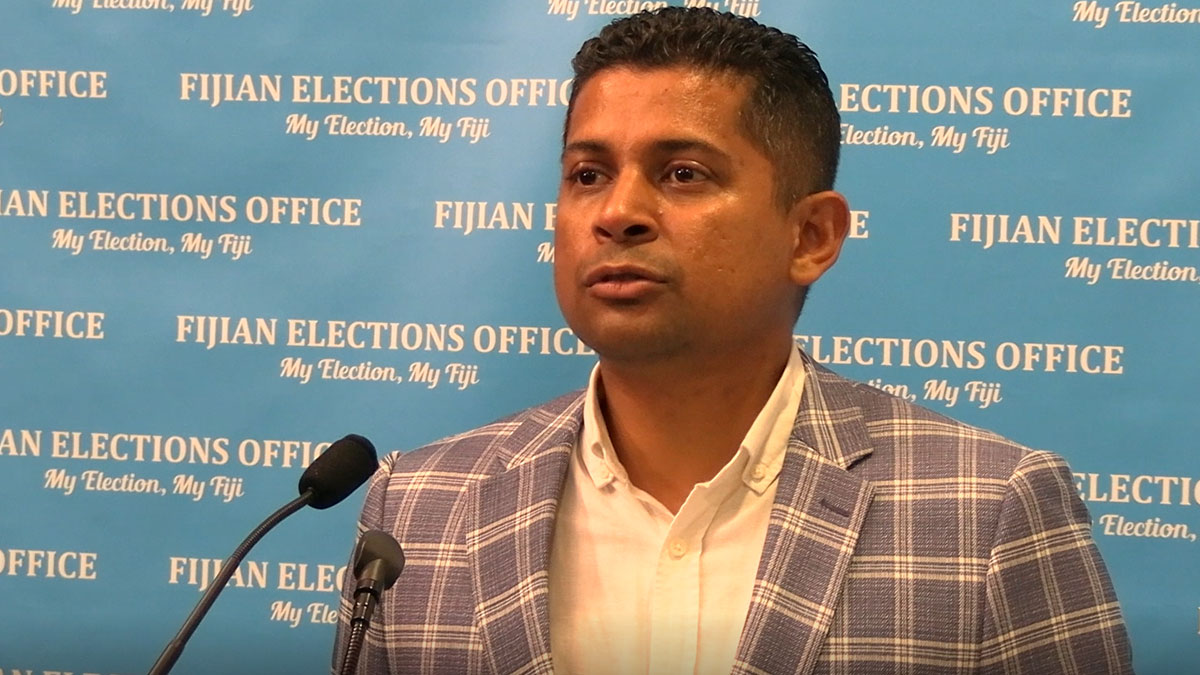 The complaint by Unity Fiji supporter and former Opposition Leader Mick Beddoes has been dismissed by the Supervisor of Elections, Mohammed Saneem.

In dismissing the complaint, Saneem found that Beddoes is incorrect in his assertions in relation to the statements uttered by the FijiFirst Leader Voreqe Bainimarama during their campaign rally in Nausori.

He says having reviewed the statements, it noted that Bainimarama was in fact providing his opinion on the aftermath of any person attempting to enter into a property that is currently classified as freehold.

Saneem says Beddoes did not provide any evidence in his complaint that the utterances by the FijiFirst Leader urged the commission or intended that the offence incited be committed.

He adds that in fact, it appears that Beddoes has been a victim of the opinion of others published in some media instead.

The Supervisor says further to this, it is impossible to find that Bainimarama intended, insinuated or invited any person to commit or omit taking such action from the allegations and evidence contained in the complaint.

Saneem says the FEO also notes that the legal test for inflammatory speeches requires that the speech is directed to inciting or producing imminent lawless action, and the speech is likely to incite or produce such action.

The Supervisor of Elections says they find that the analysis by Bainimarama in his capacity as the leader of the FijiFirst during the campaign period of the outcome of some of the other parties’ campaign promises does not tantamount to inciting or threatening a person for the purposes of the discussion that happened during the campaign rally.

He says the statement merely amounts to the opinion of Bainimarama on the possibilities if such policies are introduced by a political party in this general election.

He further says, therefore, the allegation against Bainimarama is dismissed as there was no breach of section 116(3)(c) of the Electoral Act.

Saneem says the FEO also notes that the complaints against Attorney General Aiyaz Sayed-Khaiyum contain factual inaccuracies and are mischievous.

He says it is noted that Sayed-Khaiyum acted in his capacity as the Minister responsible for Communications while launching Free Wi-Fi and digital TV at the Lautoka Market and that this is a budgeted initiative.

He adds that it appears to be an attempt to restrain ministers from discharging their legal functions under the guise of campaign law breach.

The Supervisor says the FEO has already, in previous matters outlined that the law does not prohibit any person from continuing their functions in their official capacity and therefore, this complaint is dismissed accordingly.