Party says it will fund initiatives through various means

Party says it will fund initiatives through various means 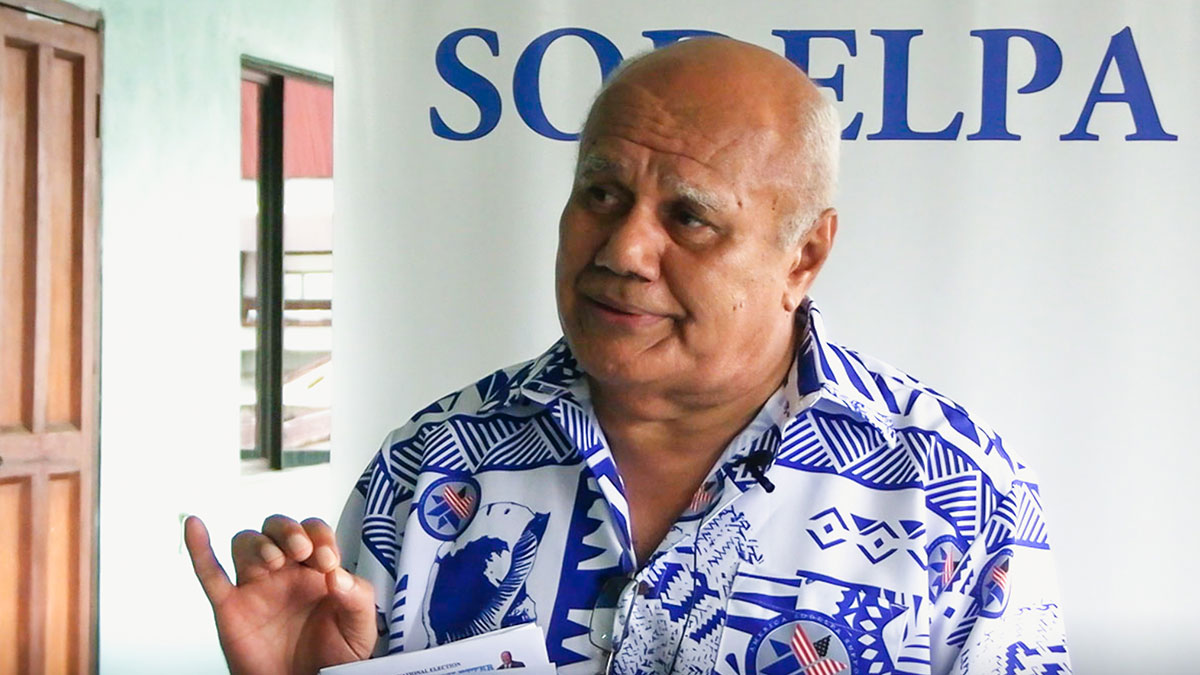 SODELPA has highlighted that they will revive the Great Council of Chiefs and return control of the Provincial Councils to the vanua.

This is part of the three policies launched from it's manifesto for the 2022 General Elections in Suvavou Village.

SODELPA Leader, Viliame Gavoka says there are 50 policies in their manifesto, including Health, Education and Indigenous Affairs.

Their pamphlet also highlights that they will raise revenue as outlined in their 2023-2024 Budget Estimates.

The sources of revenue as itemised will come from taxation, fees, fines and charges.

SODELPA says it will return the control of the Provincial Councils to the vanua, strengthening i-Taukei structures from villages to the provincial administration, reviving the Rabi Island Council and restoring the full power of the Rotuma Council.

It also will conduct an inquiry into the well-being and affairs of the Solomon Islanders/Melanesian communities and empower Qoliqoli owners to approve the issuance of fishing licenses.

They have advocated for free tertiary education in their Education policy and say they shall forgive all student loans incurred under TELS.

They also say that they will provide a second chance for dropout students by expanding the Matua program into other main centres of Fiji.

SODELPA also says they will pursue an inclusive platform of consultation by convening an Education Forum during the first 100 days in office that will decentralize decision-making by restoring the management of schools to their owners.

It also says they will improve teachers' welfare and recognise teaching is a lifetime calling, ending at age 60.

The party says they will upgrade educational facilities and provide a well-sustained education curriculum.

It says the budget allocation of $159 million to the Indigenous Affairs policy is unprecedented and indicates its commitment to the indigenous people of Fiji.

The party says the iTaukei need to be uplifted to standards consistent with other communities, particularly in socio-economic development.

SODELPA says the governance structure will be strengthened, as a platform for their socio-economic growth.

In their Health policy, SODELPA says it will fund the study on Universal Health Care and cooperate with the World Health Organisation on the much-needed reforms in the Health sector.

They say they will construct state-of-the-art 150-bed hospitals in Nadi and Nasinu under the 50th policy.

The budget deficit listed under the SODELPA budget estimates, will be financed from various means such as bonds/loans raised domestically, efficiency in revenue collection, push for export-led growth to create surpluses and their last option is overseas loans.

The party leader Viliame Gavoka says they follow the government templates each year.