SANZAAR to trial Red Card Law during the Rugby Championship

SANZAAR to trial Red Card Law during the Rugby Championship 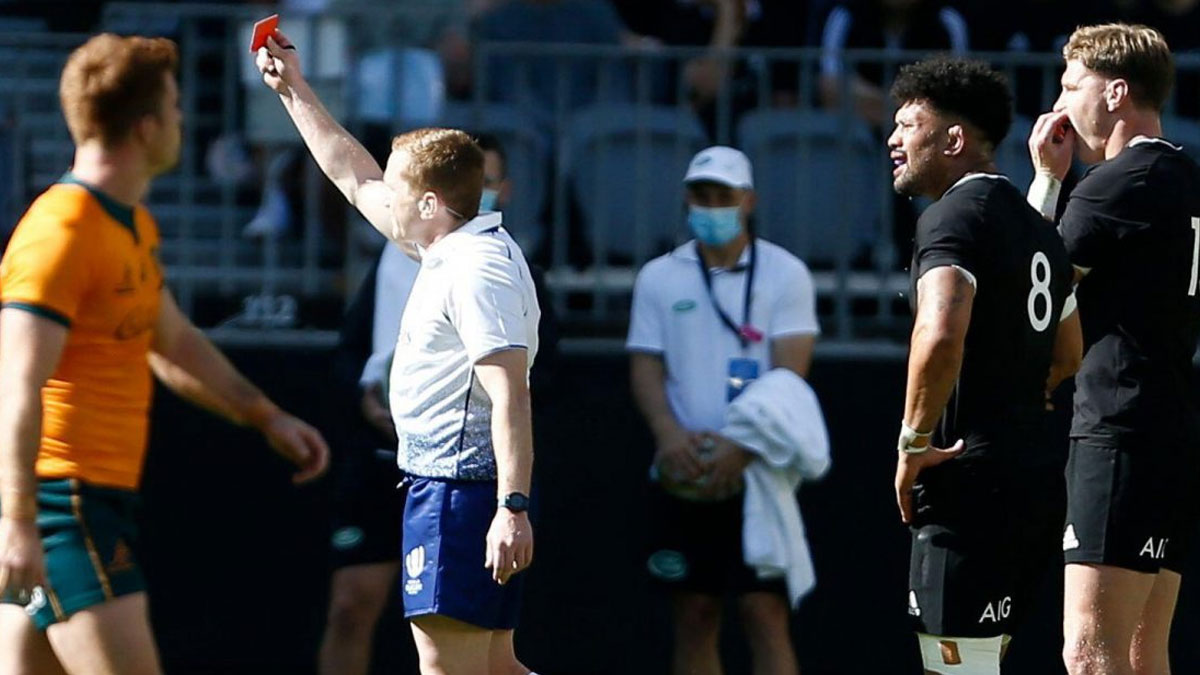 SANZAAR has confirmed that it will be trialling the 20-minute Red Card law at the Rugby Championship 2022, in which a Red-Carded player can be replaced after 20 minutes.

This trial would be a continuation that was conducted throughout the Super Rugby competitions in 2020, 2021 and 2022, as well as The Rugby Championship in 2021.

SANZAAR CEO Brendan Morris says they believe that a 20-minute Red Card allows for a significant deterrent to deliberate acts of foul play.

He says SANZAAR stands alongside World Rugby’s important work on managing foul play and player welfare and will conduct a formal research project across the 2022 TRC period.

- If a player is red-carded he may be replaced after 20 minutes by another player. The 20 minutes from when a player is red-carded to when they may be replaced is measured as “game time”. This follows the same measurement of time already in place for a yellow-carded player in the sin bin (the sin bin clock is stopped when the game clock is stopped).

- A player receives a yellow card and is sin-binned for 10 minutes. If the same player, then returns to the field after serving their 10 minutes suspension and subsequently receives a second yellow card, which equates to an automatic red card. After a further 20 minutes, the red carded player can be replaced.

Any red-carded player cannot return to the field under any circumstance.

The Rugby Championship kicks off this week with the All Blacks taking on South Africa at 3.05am Sunday and Argentina facing the Wallabies at 7.10am Sunday.