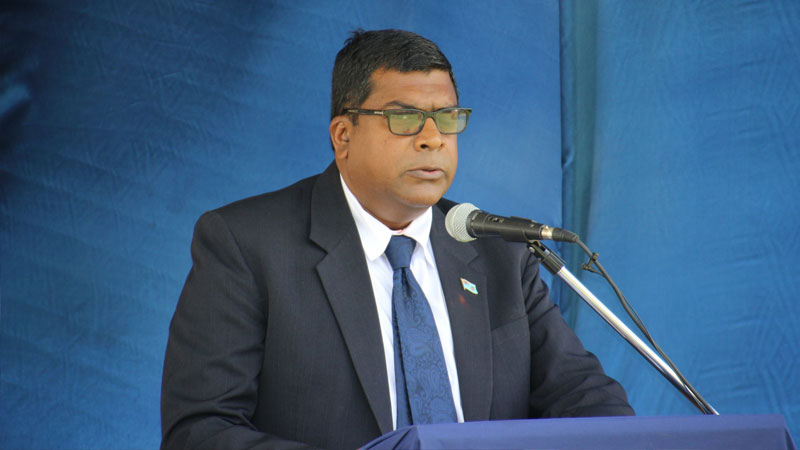 Minister for Agriculture, Waterways and Environment, Doctor Mahendra Reddy has urged farmers to save in order to reduce their vulnerability and build resilience to external shocks.

While speaking to farmers in Wainikoro, Doctor Reddy says he noted from discussions he has held with rural farmers that they tend not to save.

He says all the income that they generate from their farming activity is spent on consumption.

Doctor Reddy says there are several reasons for this.

He says firstly, they tend not to utilize all their land for farming and their focus is not that much for the market but for their own consumption.

He says the farmers do create surplus but just enough to meet their village and customary obligations.

Doctor Reddy says personal savings is the first port of call when there is any external shock.

He says immediately after a shock, the households can utilize their savings to get basic essentials while government support will arrive following a full assessment.

The Minister says it’s very worrying to note that a large proportion of our rural population are vulnerable to natural disasters because they do not have their own savings.

He says after any shock, they immediately rely on the government's assistance.

Doctor Reddy noted that the long term sustainability, productivity and growth of rural farming households depends on a number of critical household attributes and one is their willingness to save for critical farm investment as well as for disaster mitigation.

He says he will continue to advocate for savings by these households as they have been advocating for them to become members of Fiji’s only pension fund, FNPF.