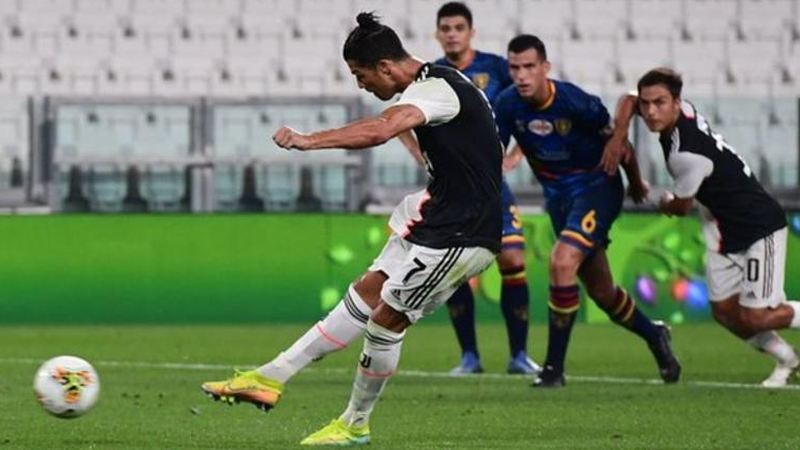 Cristiano Ronaldo scored his 23rd goal of the season as Juventus moved seven points clear at the top of Serie A with a 4-0 victory over 10-man Lecce.

Ronaldo drove home a powerful penalty after being brought down before setting up substitute Gonzalo Higuain.

Paulo Dybala and defender Matthijs de Ligt scored the other goals for Juve.