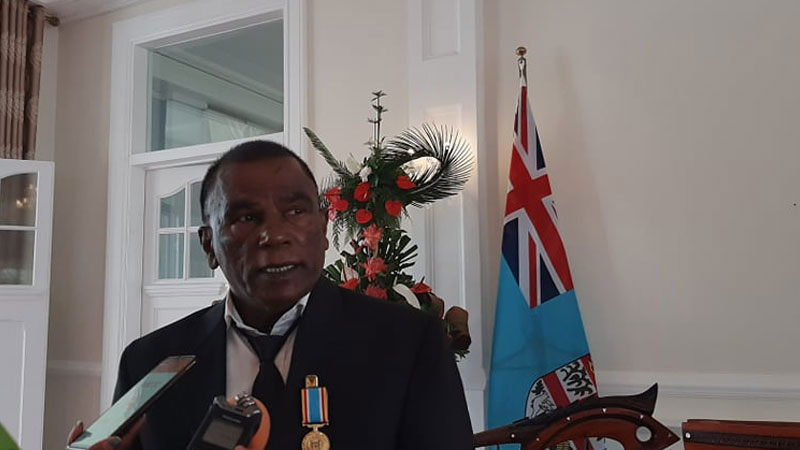 From joining small musical groups in Samabula to becoming one of the top local musicians, Ronald Jai today received a Fiji 50 Independence Commemorative Medal from the President Jioji Konrote in recognition of his contribution to the music industry.

Jai says after being in the music industry for more than 40 years, part of his success in life is performing in some of the shows organized by Communications Fiji Limited and its radio stations Legend FM, FM96, Sargam, Navtarang and VitiFM. Jai says he will always remember going to Samabula Government Boys School as this was where his career started.

He has sung many songs in his career including Hindi, English and itaukei songs.

Jai started his career as a drummer and has played drums for many international artists from Bollywood during their shows in Fiji.

Minister for Economy, Aiyaz Sayed-Khaiyum says calling People’s Alliance “Paap” or “Paapi” is a play of words just like calling someone from... 12 minutes ago
LATEST NEWS

Minister for Economy, Aiyaz Sayed-Khaiyum has confirmed the Ministry of Education is working on some capacity building in terms of technical and ... 22 minutes ago