A politician shouldn't be heading the TLTB – Ro Filipe

A politician shouldn't be heading the TLTB – Ro Filipe 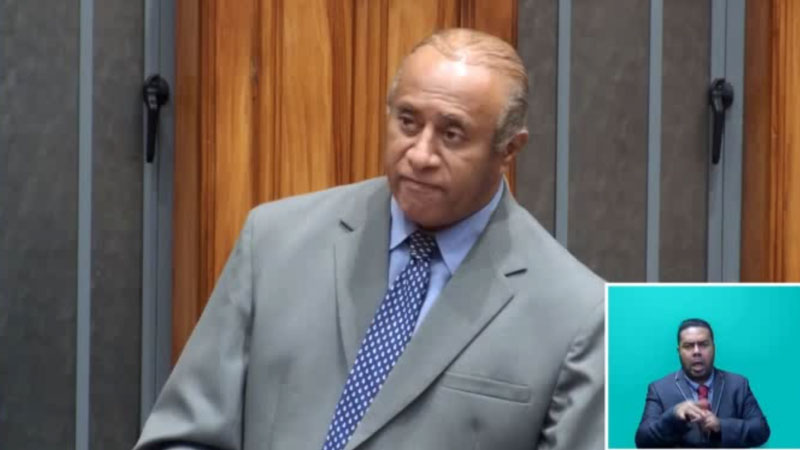 SODELPA MP, Ro Filipe Tuisawau says for indigenous Fijians, iTaukei land is not so much a commercial proposition but something that is passed from generation to generation and the present generation does not own it but are the temporary custodians for the future of their people.

Ro Filipe says the Attorney General, Aiyaz Sayed-Khaiyum should take this into account when discussing changes regarding iTaukei land.

He says the problem with the Government is that they seem to believe their view is the gospel truth and this is not only regarding Bill No. 17 but also with reference to the economy.

Ro Filipe says the Government has a lack of ability to listen to other points of views.

While opposing the iTaukei Land Trust Budget Amendment Bill 2021, Ro Filipe adds there is now a need to review the 2013 constitution and various iTaukei governance structures and legislations.

Meanwhile, Ro Filipe has also stressed in parliament the land swap during the Qarase Government was done in consultation and with the consent of the landowners where the Tokatoka Nasau in Momi opted to swap their 68.7 acres of native land with the freehold land of equivalent value owned by Matapo Limited.

He says this was also done in Denarau and all these land swaps were done with the consent of landowners.

Ro Filipe says the Government parliamentarians have continuously been harping that these land swaps were done illegally.

Minister for Economy, Aiyaz Sayed-Khaiyum says calling People’s Alliance “Paap” or “Paapi” is a play of words just like calling someone from... 44 minutes ago
LATEST NEWS

Minister for Economy, Aiyaz Sayed-Khaiyum has confirmed the Ministry of Education is working on some capacity building in terms of technical and ... 55 minutes ago