Review of the programmes offered by technical colleges underway – FNU

Review of the programmes offered by technical colleges underway – FNU 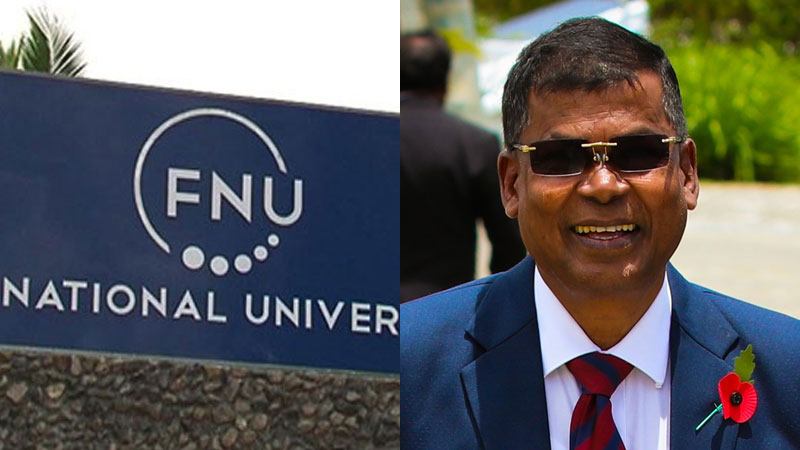 The Fiji National University has confirmed that a review of the Technical and Vocational Education and Training programmes is currently underway however NFP Leader, Professor Biman Prasad says any decision to close some technical colleges requires a full independent inquiry.

Acting Vice-Chancellor, Doctor William May has told Fijivillage that they are into the final stages of the review exercise and are unable to disclose any information at this point without following due process.

He says once all the processes are complete, the University will make a public statement.

Meanwhile, FNU says the Management is not aware, nor has it authorised any communication to the staff with regards to their contracts and will be investigating the contents and origin of a letter that states all except 5 campuses will be closing.

NFP Leader, Professor Biman Prasad says any decision to close some of the technical colleges on the basis of them lacking qualified teachers requires a fully independent inquiry.

Professor Prasad says several millions of dollars of taxpayers’ funds have been used to both establish and provide loans to students under TELS to enroll and learn trade skills at these colleges established throughout the country in many centres that were previously secondary schools. He says to now learn from government through the Attorney General that some colleges could close because they did not have qualified teachers is preposterous and totally unacceptable and gives rise to many questions that can only be answered by a totally independent and full inquiry.

Prasad has asked if the government is now saying that the colleges managed by FNU and were staffed by unqualified teachers all these years since the inception of this program 5 years ago. He also asks if this means many of the few thousand students who have graduated from these colleges did not receive proper education and learning.

He has also asked if the government is making teachers scapegoats to absolve itself of financial responsibility in funding both the operations of some colleges and providing TELS to the students.

The NFP Leader says they do not know how many of the students who have graduated with certificates in trade skills found decent-paying jobs before the COVID-19 pandemic this year.

Questions have been sent to the Minister for Economy, Aiyaz Sayed-Khaiyum and Minister for Education, Rosy Akbar. They have referred all questions to FNU.

A 40-year-old man was found hiding beside a flower garden in Nepani, Nasinu during curfew hours. Six people were arrested for breaching curfew in ... 32 minutes ago