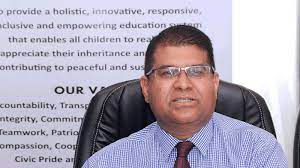 The Reserve Bank Board has resolved that a conditional approval be granted on Kina Securities Limited’s application to take over Westpac Fiji.

To effect the acquisition of Westpac Fiji, Kina Securities had submitted its application for a licence to conduct business in Fiji as a commercial bank through its wholly owned subsidiary, Kina Securities (Fiji) Pte Limited or KSF, on 19th February 2021.

While announcing the Board’s decision, RBF Governor and Chairman of the Board, Ariff Ali stated that the receipt of Kina Securities application for a commercial banking licence in Fiji, resulting from its interest to acquire the Westpac Fiji operations, has been viewed as bold particularly at a time of economic recession in Fiji and globally, due to the COVID-19 pandemic.

Ali says the proposal by Kina Securities is acknowledged as a commitment by a Pacific based financial institution to expand aggressively in a region still trying to recover from the downside effects of the pandemic.

Governor Ali says while the decision on Kina Securities application to acquire Westpac PNG remains pending at this time due to the likelihood of lessening competition in Papua New Guinea’s banking sector, the acquisition of Westpac Fiji will not affect domestic competition as six banks will continue to operate in Fiji.

The Reserve Bank of Fiji will continue to monitor developments relating to Kina Securities proposed acquisition of Westpac PNG, and any impact it may have on the Westpac Fiji acquisition.

Former Prime Minister and Leader of the People's Alliance Party, Sitiveni Rabuka has assured the new Indian High Commissioner that the People’s ... 58 minutes ago