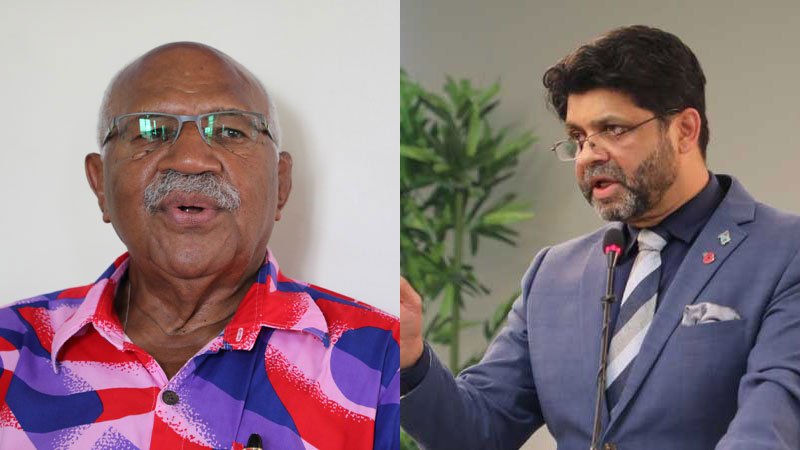 Free education has been the topic of discussion after comments made by People’s Alliance Leader, Sitiveni Rabuka that his SVT Government had started free education and Acting Prime Minister, Aiyaz Sayed-Khaiyum saying it is a lie that Rabuka introduced free education.

Rabuka’s SVT Government had started tuition fee-free education for classes 1 to 8 in the 1990s however parents still had to pay building grants and other levies charged by the school.

He says the aim was to progressively continue to other years.

However Rabuka says his SVT government introduced the tuition fee free education for primary school, and that is not a lie at all.

He says levies and grants were still being charged.

Rabuka says they are now looking at a future looking education policy but for the labour market in Fiji. He says it is a requirement of the law that when they reveal the policy in the manifesto, they also have to confirm how they will fund it.

Prime Minister and former Minister for Finance, Voreqe Bainimarama had announced in the 2014 Budget that no family will have to pay any tuition fees, textbook fees, building fees, or any other fee usually charged by schools from Year 1 to 8.

To fund this initiative, the Government allocated $34 million. He had said schools will receive $250 a year per child to cover the full cost of tuition. This was also a dramatic increase from the $30 per child that Government spent to subsidise tuition fees.

Bainimarama had also announced that given this enormous investment, if a school wants to fundraise it must first seek the approval of the Ministry of Education, and even if approval is given, no family is obligated to contribute.

Thousands of people living in Lami, Delainavesi, Kalekana, Qauia and Suvavou are without water this morning due a burst main along ... 6 minutes ago

A 16-year-old from Ba is one of the five newly reported deaths from leptospirosis recorded by the Health Ministry. There are 111 new cases and an ... 18 minutes ago