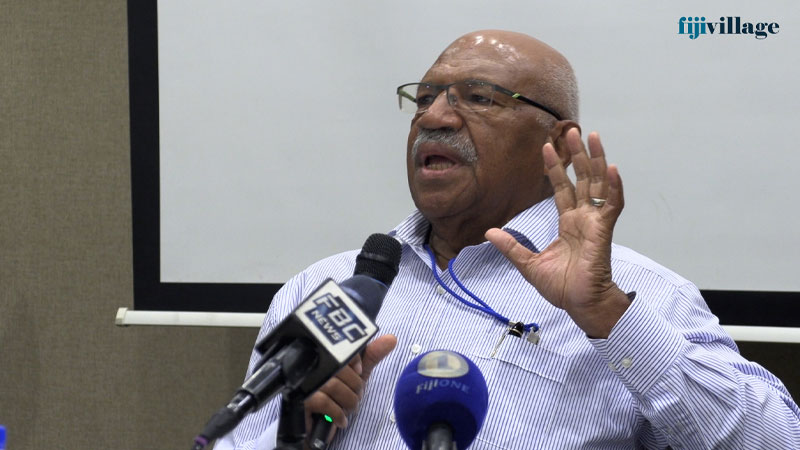 People’s Alliance Leader Sitiveni Rabuka says his own thoughts are that the Great Council of Chiefs is still a viable and usable institution.

Rabuka says it is now about whether the original form of the GCC is still useful in this generation or do we need to adapt it.

He used the example of the House of Lords in the UK.

Rabuka says the party is still developing their manifesto and the idea of bringing back the GCC would be looked into by a special committee focused on iTaukei administration.

On Education, Rabuka says they are considering free education until the tertiary level but the aim will be for it to be focused on the labour market in Fiji.

He also confirms that they are looking at the pros and cons of every Education policy that has been applied by the Government and they will adopt those they believe in.

He stresses they want their Education policy to be future looking.

On lease distribution, Rabuka says they will have to take into consideration the whole community and whose land is involved so that no one suffers.

When asked if he will reduce the size of the military if he forms Government, Rabuka says they may have to carry out their own review and look at the need.

Rabuka also says that we need to bring back the Public Works Department.

He adds they will have to look at the interoperability of the Fiji Roads Authority, Public Works Department and Water Authority of Fiji.

Fijian Drua vs Chiefs First Half ... 21 minutes ago
LATEST NEWS