We will scrap the oppressive undemocratic media legislation - Rabuka

We will scrap the oppressive undemocratic media legislation - Rabuka 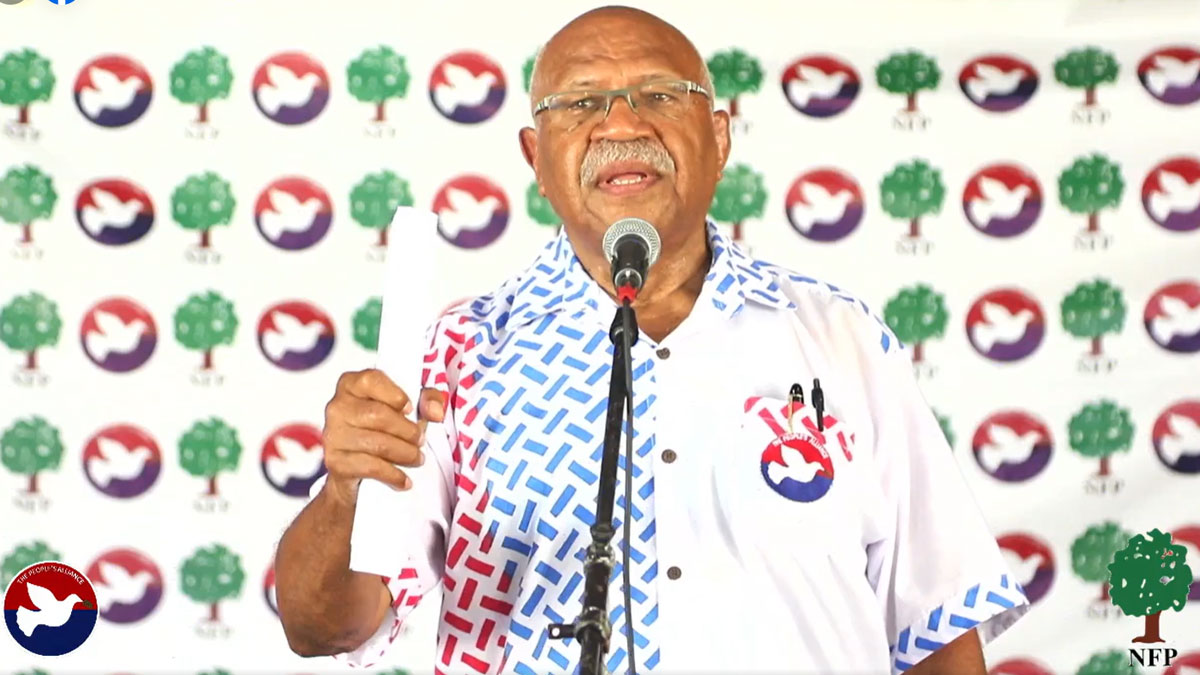 People’s Alliance Leader, Sitiveni Rabuka has raised concerns about the state of the media in Fiji, and stresses that they will scrap the oppressive undemocratic media legislation because it has no place in the kind of democracy that they in the People’s Alliance and NFP partnership envisage for a growing nation like Fiji.

Rabuka says they also owe it to the people to be in regular contact with them through the media.

While speaking during a press conference in Lautoka, Rabuka says the People’s Alliance flags its concern about certain media outlets receiving certain amounts of public money apparently in return for favourable coverage of the government.

He says that coverage in other words is propaganda that does not qualify as normal news coverage based on freedom of the press.

He notes recently the obsessively antagonistic attitude by what he calls the Bainimarama-Sayed-Khaiyum dictatorship to certain free media.

Rabuka says Aiyaz Sayed-Khaiyum regularly criticises the news coverage of the free media outlets and rarely trains his sights on media with which he has close relationship with.

He says the sense of his attitude is that he cannot tolerate coverage he considers negative as he just wants positive reporting from his point of view.

Rabuka’s advice to Sayed-Khaiyum is he needs to accept the rough with the smooth as the media should be able to tell it as it is, that is the way these things work, sometimes you get good coverage and other times you do not get coverage that is good from your point of view.

He says the people deserve to be told what is going on.

The former Prime Minister says Voreqe Bainimarama is conspicuously missing from the eyes of the public, conspicuous because of his absence from the media side of politics.

Rabuka says that is very unusual for a Prime Minister as a leader of a nation.

Rabuka says he cannot recall the last time Bainimarama hosted a media conference, and he supposes there is high risk he might lose his notoriously short temper over the questions he does not like.

He says when he becomes Prime Minister he will ensure that his ministers meet with the press when they have important decisions to announce, and he recalls how they used to have press conferences after every cabinet meeting during his time.

He says from the time the People’s Alliance was formed he has made it his business to deal with the main media on behalf of the party.

Rabuka says that is how it goes in a democracy, the people have the right to be informed and the media has to do that, and politicians need to understand that their actions and decisions must be clearly communicated to the public. The Party Leader says in that way they fulfill their democratic responsibility.

Rabuka says he has hosted more than 20 media conferences in the last 12 months putting out statements on critical issues, responding to the news of the day, and taking questions on many topics.

He says there is no limit to what reporters can ask and he tries to respond as best as he can, including interviews with journalists from New Zealand, USA, India, and China.

The former PM says he tries to be as prepared as possible for his normal media events.

The Deputy Prime Minister and Minister for Finance, Professor Biman Prasad has met with the Indian External Affairs Minister Dr. S Jaishankar in ... 34 minutes ago

Landowners are not forgotten and their concerns are a priority that needed to be addressed. This has been highlighted by the Minister for ... 36 minutes ago

As people always look for better opportunities and living standards, no recognition and lack of reward contributes to the issue of labor brain drain ... 39 minutes ago