RBF awarded the 'Regional Commemorative Banknote of the Year Award'

RBF awarded the 'Regional Commemorative Banknote of the Year Award' 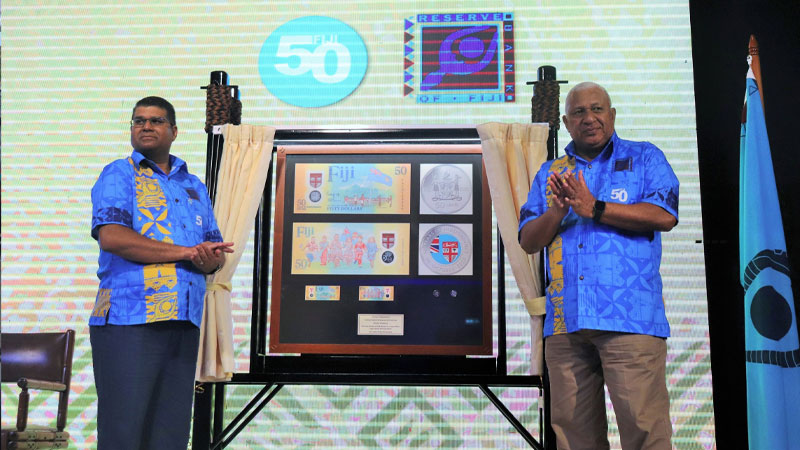 The Reserve Bank of Fiji has been awarded the ‘Regional Commemorative Banknote of the Year Award 2021’ for the commemorative $50 banknote at the Reconnaissance International High-Security Printing Webinar.

The commemorative banknote was issued into circulation from 07 October 2020.

RBF Governor Ariff Ali says they are extremely proud of this achievement and extend their appreciation to De La Rue Currency for partnering with the Bank to design a high-quality banknote that not only showcased Fiji’s diversity as an independent nation but also emphasised key elements from Fiji’s Independence journey. He also thanked all other stakeholders for their contribution towards the designing, production, launch and issuance of Fiji’s 50th Anniversary of Independence commemorative banknote.

Ali adds they are grateful to Reconnaissance International for recognising Fiji’s commemorative banknote, as this reaffirms Fiji’s currency as amongst the best in the world.