RBF Governor says vaccinating our population will be essential to control the spread of the virus, help support the reopening of businesses and borders and kick-start tourism activity

RBF Governor says vaccinating our population will be essential to control the spread of the virus, help support the reopening of businesses and borders and kick-start tourism activity 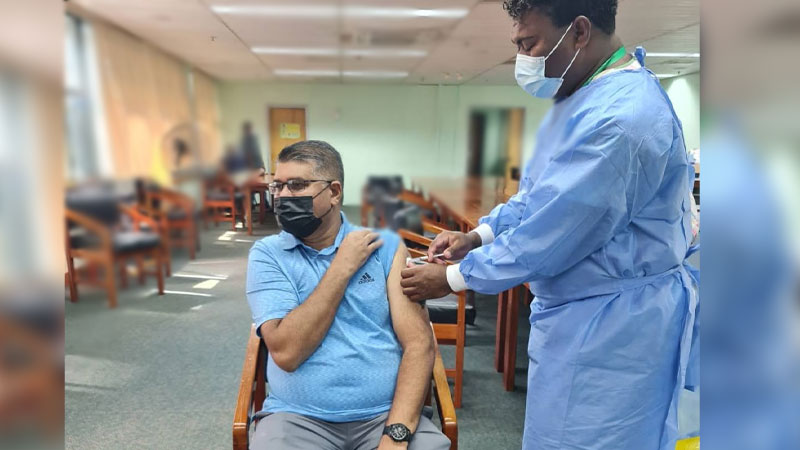 Governor and Chairman of the Reserve Bank of Fiji Board, Ariff Ali. [image: supplied]

The Governor and Chairman of the Reserve Bank of Fiji Board, Ariff Ali says vaccinating our population will be essential to control the spread of the virus, help support the reopening of businesses and borders and kick-start tourism activity.

While announcing that the RBF Board will keep the Overnight Policy Rate unchanged at 0.25% to support the monetary policy stance, Ali says the recent spike in infections due to the second wave of COVID-19 hinders confidence and poses significant downside risks to economic activity.

He says while the domestic economy is envisaged to contract further this year, the steady progress in local vaccination could pave the way for a modest recovery next year.

Ali says the latest consumption and investment indicators remain sluggish given the reduced spending power of households and firms.

The RBF Governor says the prolonged unemployment situation due to the pandemic has also exacerbated poverty and inequality amongst vulnerable groups.

He says in this regard, continued fiscal support will be crucial to ease the burden on households and firms and minimise the scarring effects of the pandemic on long-term growth prospects.

Ali says the outlook for inflation and foreign reserves is stable.

Annual inflation came in at -1.6% in May, influenced by the lower prices of kava and alcoholic beverages.

However, near-term risks to inflation are expected to stem from increases in global crude oil and food prices, disrupted local supply chains due to stringent COVID-19 measures, and increasing freight costs.

Foreign reserves are currently strong at $3.117 billion, sufficient to cover 10.9 months of retained imports and expected to remain comfortable into the medium term.

The Governor added that the global economic recovery is strengthening, particularly with Fiji’s major trading partner economies, buoyed by fiscal and monetary stimulus along with solid progress on the vaccination front.

Ali says while the global recovery may not necessarily translate into domestic economic activity, for now, it has nonetheless resulted in higher inflows of remittances.

Considering these latest economic developments and the stable outlook for inflation and foreign reserves, the Board concluded that the monetary policy stance is appropriate.

RBF will continue to monitor the economic situation and risks closely and align monetary policy where warranted.

Former Prime Minister and Leader of the People's Alliance Party, Sitiveni Rabuka has assured the new Indian High Commissioner that the People’s ... 1 hour ago