Fiji is now able to access concessional financing from the ADB

Fiji is now able to access concessional financing from the ADB 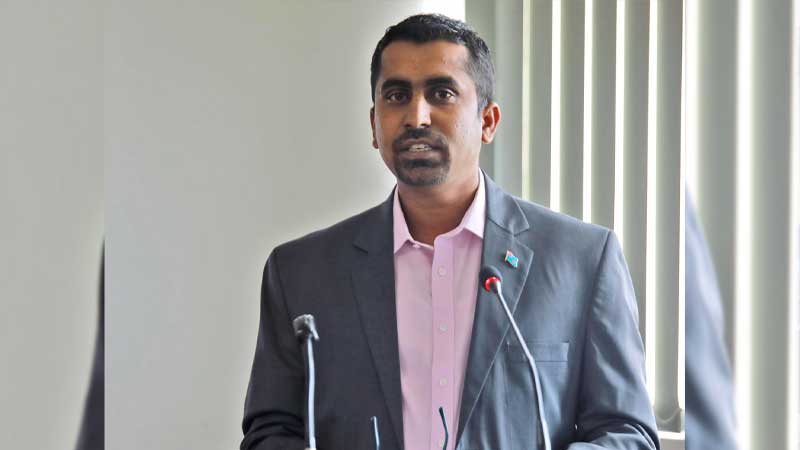 Permanent Secretary for Economy, Shiri Gounder says this has only been possible after almost 5 years of negotiations and international lobbying by the Fijian Government.

He says despite being an upper-middle-income country, Fiji’s vulnerability to natural disasters was one of the key factors that the Asian Development Bank had considered as part of the reclassification, amongst other factors including the COVID-19 induced economic challenges.

Gounder says the Asian Development Bank has now joined the World Bank and the Japan International Cooperation Agency who not too long ago also classified Fiji to be eligible for concessional financing.

Fiji in the last 2 fiscal years has accessed over $900 million in concessional debt from the World Bank IDA and Japan International Cooperation Agency.

Gounder says having access to the highly concessional financing during this challenging period has greatly assisted Fiji in managing Government finances, bringing down the cost of debt and achieving significant improvements in refinancing risk given their ability to access long term debt with terms of up to 40 years, including a grace period of 10 years and near zero interest rates.

He says these concessional loans have a large grant element of up to 60 percent and cannot be directly compared to debt accessed at market rates before the reclassification about 3 years ago.

The Permanent Secretary for Economy says apart from this, it is important to note that the public debt debate in Fiji or in any other country now cannot happen in isolation and with incorrect debt statistics as they have recently seen.

He says it has to be seen in the context of the COVID-19 crisis, a once in a 100 year economic shock, and Fiji’s economic and fiscal response to the crisis in the last 2 years.

Gounder says the COVID-19 crisis had a devastating impact on the economy, jobs, socio-economic landscape and public finances. He says Fiji has never ever had an economic crisis of this magnitude and this prolonged which has now lasted for almost 2 years.

Gounder adds therefore, the recent increase in public debt and the COVID-19 crisis is intrinsically linked and this contextualization is critically important to undertake any meaningful analysis on public debt. He says the increasing frequency and intensity of natural disasters affecting Fiji also has a similar relevance.

He says following the COVID-19 induced economic devastation and the massive decline in tax revenue, public expenditure had to be maintained near pre-pandemic levels to ensure no major disruption in the delivery of government services and to also fund the large unemployment support payments that were needed to assist those affected.

Gounder further says the multilateral agencies like the World Bank, Asian Development Bank, Asian Infrastructure Investment Bank and bilateral partners like the Japan International Cooperation Agency, Australia and New Zealand supported with highly concessional financing and budget support grants which reaffirmed that the counter-cyclical response to the crisis was appropriate.

The Permanent Secretary for Economy adds as we come out of the crisis, public debt to GDP ratio has to be put on a downward trajectory and a mix of policies ranging from supporting a private sector led economic recovery, tax reforms, expenditure readjustment and other broader public sector reforms has to be pursued.