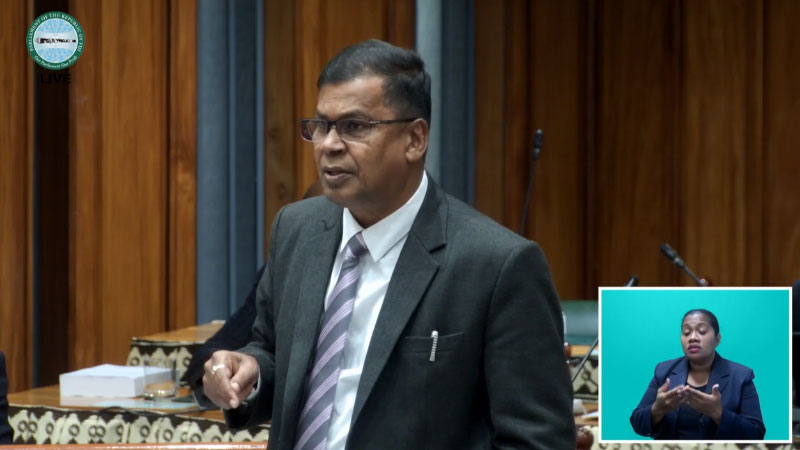 National Federation Party Leader, Professor Biman Prasad says the biggest test for any democracy is the change of Government and it is not just a matter of how we will vote.

While speaking in parliament, Professor Prasad says we have heard the Prime Minister speak of decency and sticking to facts.

Professor Prasad further says but there are more and more people asking this question of the Government – if they lose the next election, will they actually leave office and if they do, will they do it gracefully and democratically, will they do it decently.

He adds when the Government loses a court case to Niko Nawaikula, it moves under urgency to change the law so that it can say it was right.

Professor Prasad also says never mind that tens of thousands of people are now at risk of not voting, never mind that they must all now go to the trouble of changing their names and records so that they have that basic democratic right – the right to vote.

Professor Prasad also says not just that, the Government blames the Solicitor General for being wrong, so he is suspended and then suddenly he is sacked – even though the Constitution is very clear that a tribunal must hear his case.

He says this Government wrote the Constitution and now it won’t even follow its own rules.

Professor Prasad says they ask the Assistant Minister for iTaukei Affairs, Selai Adimaitoga to just try to respect what is left of free speech and media freedom in Fiji and their Media Act is already bad enough.

He adds they heard Adimaitoga continue from her End of Week Statement of 24th September in Parliament to attack two media organisations, Communications Fiji Limited and fijivillage and the Fiji Times and of giving too much coverage to the Opposition and therefore spreading lies.

Prasad says Adimaitoga singled out the NFP’s three MP’s many times in her tirade and at one stage the honourable Assistant Minister sounded like a headmistress taking a roll call.

Prime Minister Voreqe Bainimarama will give his right of reply later this week.