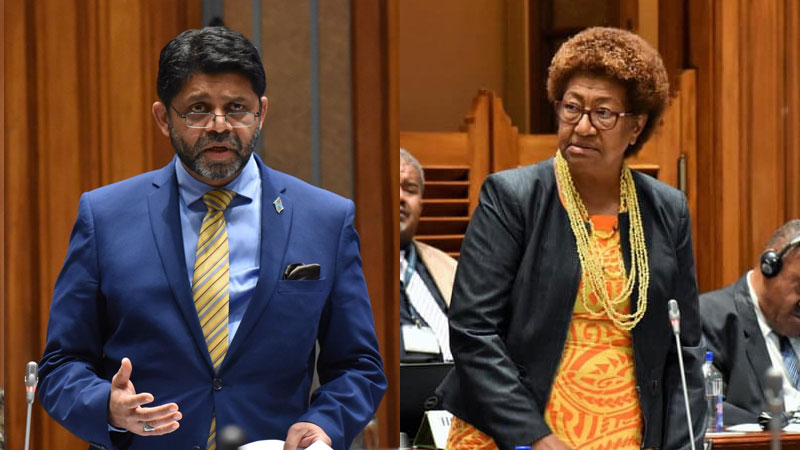 Attorney General, Aiyaz Sayed-Khaiyum says the appointment of Professor Pal Ahluwalia as University of the South Pacific’s Vice-Chancellor is illegal.

The Council of the University of the South Pacific resolved a few days ago to offer a new contract to Professor Ahluwalia as the Vice-Chancellor and President of the USP and that he will work from Samoa.

While contributing to the debate on the Review of the University of the South Pacific 2018 Annual Report in Parliament last night, Sayed-Khaiyum says the Charter of the USP regulations is specific which says that when a person’s contract is terminated because of the cancellation of the work permit, the contract automatically gets terminated.

He says there is a particular process through which the Vice Chancellor is appointed which is to advertise, go through a selection panel and then an appointment is made.

He says Professor Ahluwalia could have been re-appointed if the USP Council would have gone through the process and Fiji would not have had any objections.

Sayed-Khaiyum also told parliament they have discovered that even though the USP Council had agreed that Professor Ahluwalia’s contract had been terminated, they continued to pay him.

Meanwhile, SODELPA MP, Ro Teimumu Kepa says there is good news as the USP Council has resolved to offer a new contract to Professor Ahluwalia.

Ro Teimumu adds the parliamentary committee has stated in their report that $9.9 million grant was not given to USP when they were compiling their report.

She says this is the commitment that the Fijian Government has made and the allocation was passed in the budget debate.

Ro Teimumu says it is not good when the Minister for Economy who is supposed to be providing this allocation to USP does not provide it on time.

Minister for Agriculture, Dr. Mahendra Reddy says the 2019-20 Household Income and Expenditure Survey is flawed because the data for two different ... 53 minutes ago