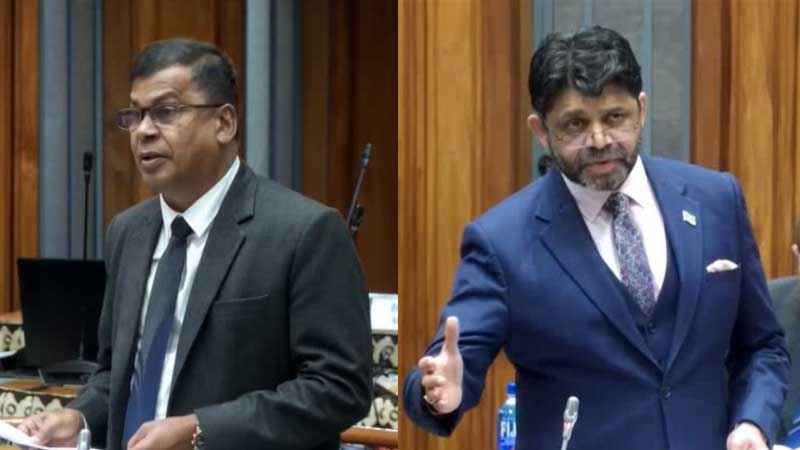 National Federation Party Leader, Professor Biman Prasad says the Electoral Registration of Voters Amendment Bill is the product of dictatorship, pseudo-democracy and the ‘My Way or the Highway’ approach to governance in order to ensure continuity of the FijiFirst rule in this country.

While opposing the Bill in Parliament, Prasad says the changes do not even remotely resemble the flaws exposed by the High Court about registration of names of voters following a successful case in the Court of Disputed Returns by Niko Nawaikula.

Prasad says Nawaikula’s nominations for election candidature was duly accepted and approved by the Supervisor of Elections twice, in 2014 and 2018.

He adds the Supervisor of Elections failure rate in removing candidates for elections as well as Members of Parliament is alarming, because the investigations and cases instituted on the basis of his complaints are frivolous.

The NFP Leader further says the Supervisor of Elections then lost cases he reported to FICAC against the then MP Ratu Isoa Tikoca as well as the then Education Minister Dr Mahendra Reddy and against former SODELPA Leader Sitiveni Rabuka.

Prasad has also questioned if the suspension of the Solicitor General, Sharvada Sharma and this Bill are both linked to the recent Court of Disputed Returns judgement.

He also asked if it is true that the Prime Minister and the Attorney General asked Sharma to resign. He says these are substantial questions as it is related to the court case.

Speaker of Parliament, Ratu Epeli Nailatikau asked Prasad to stick to the bill.

When contacted by fijivillage, Supervisor of Elections, Mohammed Saneem said he will not make any comments.

He says the Supervisor also held elections in a fair and credible manner.

Sayed-Khaiyum says if the international community was not working with the Supervisor, this would not happen.

He says the Supervisor also recently had a meeting with the international community in preparation for the next elections and everyone gave a resounding response to the changes that are being made.

Sayed-Khaiyum also says the cases Prasad refers to are matters with FICAC and it is up to FICAC if they want to pursue a case or not.

He says the Supervisor of Elections has a duty to report the cases.

Former NRL and Wallabies star Lote Tuqiri will now help workers under the Pacific Australia Labour Mobility scheme to make a smooth transition in ... 49 minutes ago