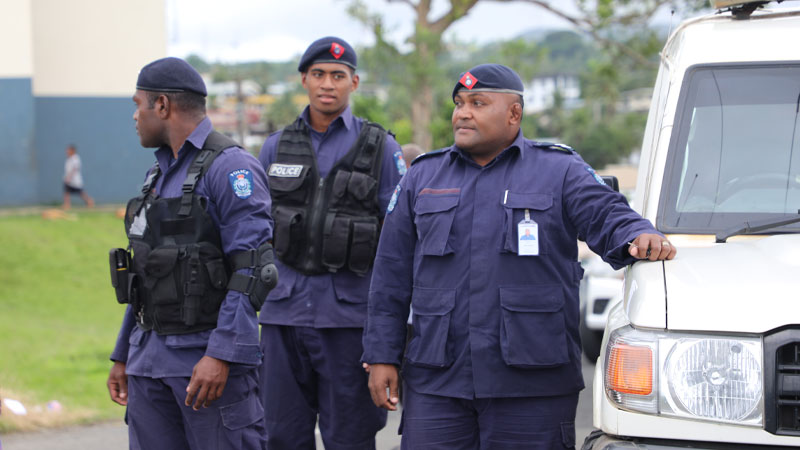 Police have confirmed they are investigating an incident on the night of Good Friday where a 16-year-old male student was allegedly assaulted by some drunk men at Sukanaivalu Road in Nabua and a case of attempted robbery where some of the men allegedly tried to grab a mobile phone from a female student accompanying the male student.

The two students are from Mead Road Housing.

Police spokesperson, Savaira Tabua says they have identified the suspect.

Meanwhile, residents of Mead Road Housing, Sukanaivalu Road and Nabua Village remain on the edge as police work on identifying the two groups of people that were allegedly involved in the violent brawl at Mead Road Housing in Nabua at around 3pm Saturday.

Residents say the violent clash on Saturday afternoon stemmed from a fight between some boys and men from Sukanaivalu Road, Nabua Village and Mead Road Housing on Good Friday.

This incident allegedly happened down at Sukanaivalu Road.

Some boys and men from Sukanaivalu Road and Nabua Village then retaliated and walked up to Mead Road Housing armed with cane knives, steel rods and pieces of timber.

They allegedly led a full assault - chasing, punching and hitting boys and men in their path at Mead Road.

Many of the men and boys at Mead Road Housing had to run to the Police Mobile Command Post stationed in the area for their safety.

Two people were seriously injured and taken to the CWM Hospital after getting hit by a cane knife.

Over 50 officers from the Police Special Response Unit were at Mead Road Housing on Saturday to control the situation.

Only one person has been arrested so far and is under investigation.

A checkpoint has been erected and there has been strong police presence in Nabua.

Minister for Communications and Attorney General, Aiyaz Sayed-Khaiyum says more government online services, including the digitalFiji platform and the... 37 minutes ago
LATEST NEWS

The Fiji Sports Council is working together with the Ministry of Health in becoming one of Suva’s host venues to cater the registration and ... 38 minutes ago