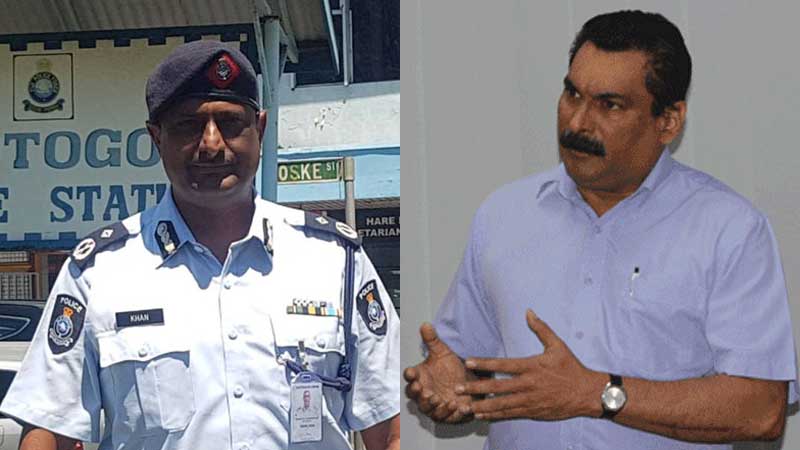 Police Chief of Operations, ACP Abdul Khan says he can confirm receipt of the permit application by the Fiji Trade Union Congress for their march and rally on May 1st this year.

ACP Khan says they will conduct the necessary processing before a decision is relayed back to the applicant.

FTUC National Secretary Felix Anthony has confirmed in a statement that the planned march and rally in Suva is called a National Day of Protest.

Anthony says May 1st is marked as the International Day for Workers or May Day in the global labour calendar, commemorating the historic decades of struggles and gains made by workers through their blood and sweat. He says it is widely celebrated by the global labour movement and in some countries a public holiday is given to acknowledge and celebrate this day.

He says six previous applications for a march and rally lodged over the past two years have been declined at the last minute by Police citing no reason at all.

Anthony says Section 18 of the Fijian Constitution states that “Every person has the right, peaceably and unarmed, to assemble, demonstrate, picket and to present petitions.”

The FTUC National Secretary says they see no reason why they should be cited as national security risks when their activities have always been peaceful and within the confines of the law.

Anthony says they call upon the government to respect their rights as enshrined in the Constitution to protest and rally, and freely express the plight of workers regarding the issues of their campaign.

He says workers have been treated inhumanely pre-COVID and with the pandemic affecting employment, some major companies, such as Fiji Airways and ATS have aggravated this situation by unilateral decisions, with no proper consultation with unions.

Anthony says this has led to thousands of jobs lost and hundreds of grievances filed with the Ministry of Employment.

He says they are campaigning on the Right to Strike, denial of collective bargaining and imposition of individual contracts, continued delays in the labour law review, the national minimum wage and a need for a living wage guideline, Federated Airline Staff Association disputes and mass terminations, Fiji Airways mass terminations, Water Authority of Fiji terminations, the unresolved and longstanding Vatukoula strike and the implementation of the ILO recommendations as agreed in the Joint Implementation Report and undertakings government has given to ILO and the UN Human Rights Council.

Minister for Employment, Parveen Bala says any issues on permit applications are dealt with by Police.