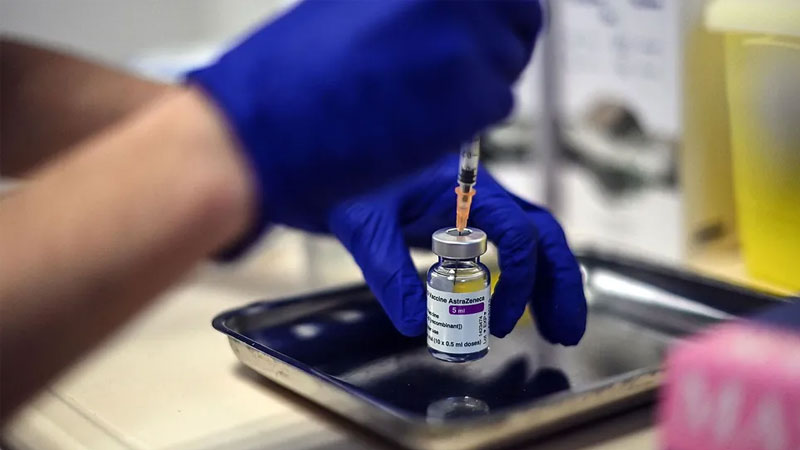 With the emergence of the Omicron COVID-19 variant, which has now been detected in southern Africa, Europe, Israel and Hong Kong, a number of pharmaceutical firms are announcing they have plans in place to adapt their vaccines if necessary.

WBNS reports scientists say there is still much to learn about the new variant, which the World Health Organization has listed a "variant of concern."

They know that Omicron is genetically distinct from previous variants including the Beta and Delta variants, but do not know if these genetic changes make it any more transmissible or dangerous.

So far, there is no indication the variant causes more severe disease.

It will also likely take weeks to sort out if Omicron is more infectious and if vaccines are still effective against it.

AstraZeneca, Moderna, Novavax and Pfizer say they already have plans to react.

Pfizer and its partner BioNTech say they have been monitoring for potential variants capable of evading its mRNA vaccine.

Pfizer says in the event that vaccine-escape variant emerges, Pfizer and BioNTech expect to be able to develop and produce a tailor-made vaccine against that variant in approximately 100 days, subject to regulatory approval.

Moderna says it has been developing a strategy since early 2021 to respond to new variants of concern and has identified three response options.

Permanent Secretary for Health Dr James Fong says health workers and frontliners have done their best for two years to protect as many of us as possib... 48 minutes ago
LATEST NEWS

The Fijian Government says in their effort to assist locals in reaching out to the Tongan victims of the recent volcanic eruption and tsunami, they ... 22 minutes ago

Actor Arnold Schwarzenegger has been involved in a car accident in Los Angeles. LA Police say a woman was hurt in the four-vehicle crash, which ... 43 minutes ago

Save the Children says they will join the response to assist families in Tonga affected by the volcanic eruption by establishing temporary learning ... 45 minutes ago