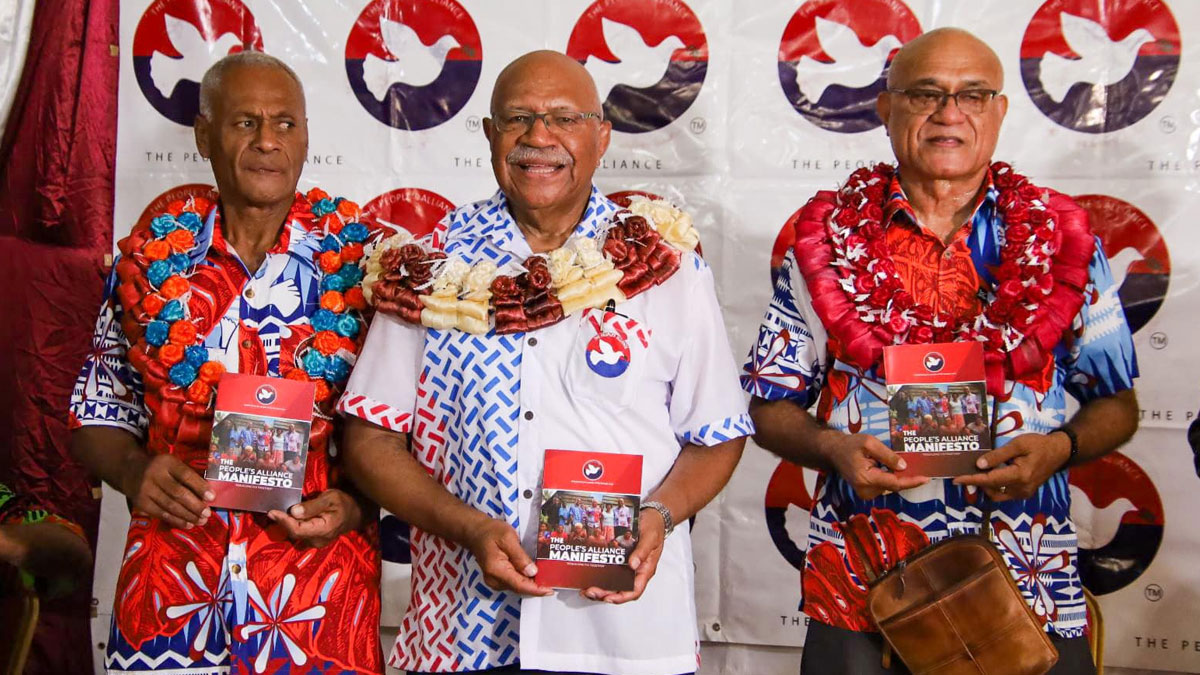 If elected into Government, The People’s Alliance will review all constitutional procedures and seek amendments to ensure independence of crucial institutions such as the Judicial Commission, Supervisor of Elections Office, the Reserve Bank of Fiji and other fidu-ciary institutions.

According to their manifesto that was launched at Namoli Village in Lautoka, the People’s Alliance Government will enhance respect for the rule of law, increase transparency, and develop effective legislation as the foundation for Fiji’s governance processes.

It says to realise this, they will ensure the separation and independence of the three arms of Government which is the legislature, executive and the judiciary; remove unfair discrimination, curtail arbitrary abuse of wide discretionary application of laws; insert safeguards against abuse of discretionary powers and remove provisions that prohibit judicial review of administrative discretionary powers bestowed to the Ministers and public officers.

It says they will also widen the recruitment of judges to countries such as Australia, New Zealand and the UK to uprate the judicial benches, and review all legislation on all law enforcement agencies to ensure transparency and efficiency.

While launching the manifesto, People’s Alliance Leader, Sitiveni Rabuka says various contentious laws passed since 2014 will also be scrutinised to determine whether they should be repealed or amended.

Rabuka has also raised concerns about certain media outlets allegedly receiving substantial amounts of public money, apparently in return for favourable coverage of the government or in other words, propaganda.

He adds this, too, will be investigated but he has stressed their total commitment to media freedom and the part that it plays in the promotion of democracy.

According to their manifesto, in the first 100 days they will remove laws and decrees that undermine human rights, media freedom, freedom of association, individual and group rights.

It says depending on legal feasibility, they may consider the establishment of an Independent Constitutional Commission to look at drafting a new constitution.

Rabuka further says the review of defence and national security will be tied to the constitutional role of the military which needs to be more precisely defined and pegged to Fiji’s national interests.

He says he would expect the review to emphasise the principles of democratic control of the military.

The former Prime Minister further says audit of government expenditure underscores the need for the people of Fiji to know exactly how their tax money has been spent.