People’s Alliance questions whether FICAC are working on their own

People’s Alliance questions whether FICAC are working on their own 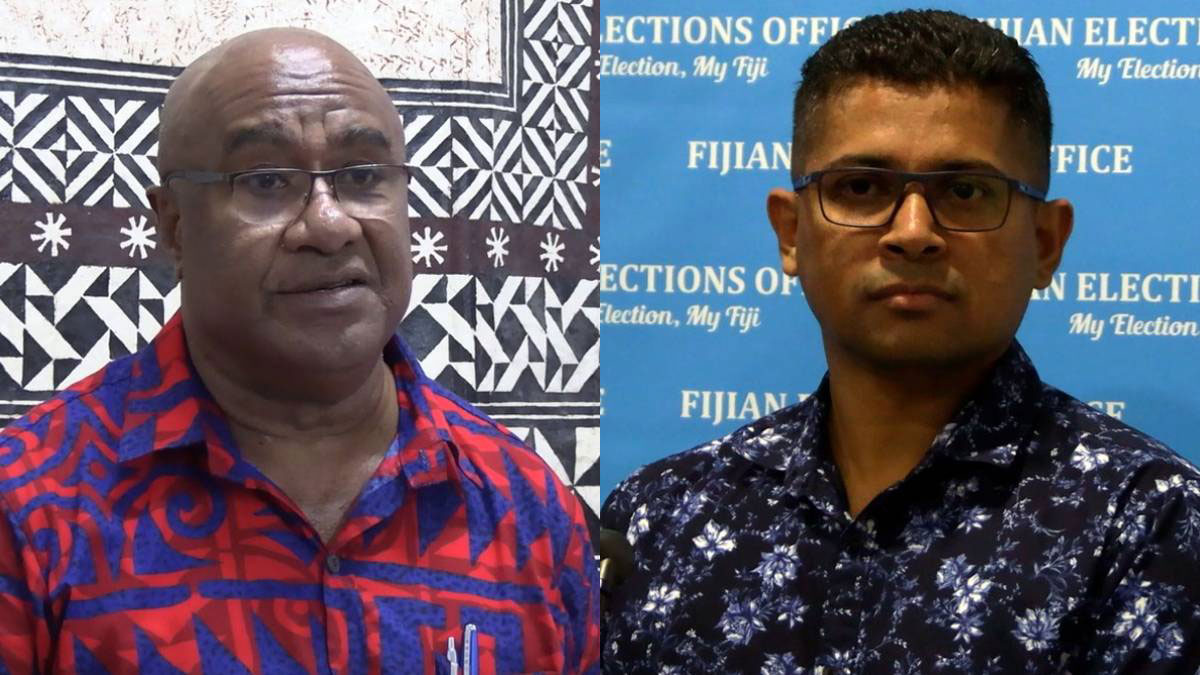 The People's Alliance Deputy Leader, Manoa Kamikamica is today asking whether FICAC is acting on its own position.

He says they were served with the search warrant by FICAC officers at their party’s headquarters yesterday for the seizure of receipts and other documents relating to the sale of party merchandise.

Kamikamica says under the advice of party lawyers, he cooperated with the three FICAC officers who left with the documents and the meeting was respectful and cordial.

He adds the seizure of the party's financial papers by FICAC continues, in their view, a very disturbing trend.

The Deputy Leader claims that FICAC had come directly to their headquarters even though due process had not been followed.

Kamikamica says they have proof to show that the Supervisor of Elections was not investigating the party’s merchandise sales.

Kamikamica says the party also noted that the Fiji Sun reported the Supervisor of Elections saying that there was no need to appoint a caretaker government. The Supervisor has stated that he did not make that comment.

Responding to Saneem, Kamikamica says that having a caretaker government or not is not for him to decide as it is well above his pay grade.

The Deputy Leader says it is a sad reality in Fiji today that there is no respect for good governance and there is reckless acceptance of conflicts of interest.

He has reiterated his call to the Attorney General, Minister for Justice and Minister Responsible for Elections and FijiFirst General Secretary, Aiyaz Sayed-Khaiyum, to do the right thing and resign from two or three of the positions that he holds as this is good governance and will avoid massive conflicts of interests that arise.

Meanwhile in a statement, the Fijian Elections Office says it acknowledged the People’s Alliance complaint on the 3rd of this month and their preliminary assessment did not find any prima-facie breach of the Electoral Act.

They had forwarded the complaint to the FijiFirst Party on the 4th for its response, which is due by 5pm next Wednesday.

The FEO will consider the complaint and the information it receives from the response before determining the next course of action.

They also noted that the Fiji Sun had incorrectly published an article titled “No Need For Caretaker Government To Be Appointed: Saneem” in yesterday’s newspaper.

They say the FEO would like to state that the newspaper article is incorrect as the Constitution states in Section 93(7) that the Prime Minister and other Ministers continue in office until the next Prime Minister assumes office after a general election in accordance with this section.”

They say they have noticed that the People’s Alliance has repeatedly failed to comprehend how the legal system operates in terms of breaches of campaign law.

The FEO says today’s press conference once again demonstrates this lack of capacity.

The FEO says in clarifying their misconception, Section 6 (1)(f) of the Electoral Act states that the Supervisor of Elections [SoE] oversees compliance with campaign rules and reporting requirements.

It says in the event there are probable breaches of the campaign rules, the SOE will refer the same to FICAC and thereafter, FICAC will determine, on the basis of evidence and the law, whether it could prosecute the offence in court.

The FEO says neither the SOE nor FICAC are the final arbiters as that is the role of the Courts under the Constitution.