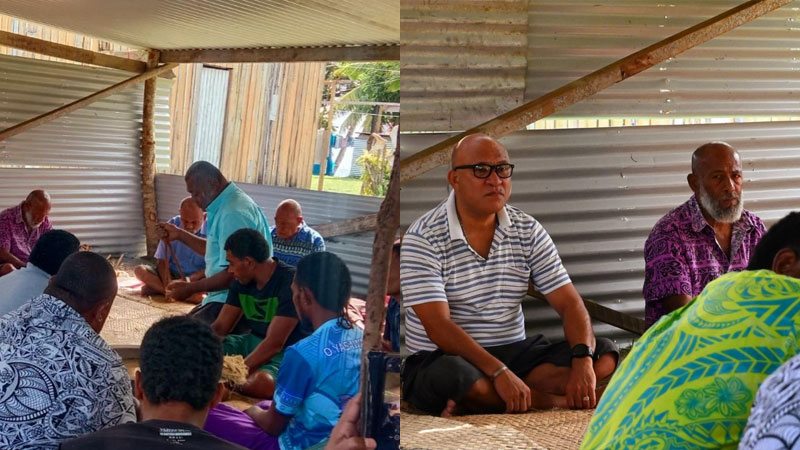 The people of Gasele and Nauciwai in Yale, Kadavu have presented a traditional apology to the Government for the involvement of its villagers in illegal activities.

Accroding to Police, from 19th June 2020 to March this year, 127 people have been charged for drug related offences in Kadavu of which 123 were males and 4 were females.

In the same period, there were more than 120 cases pertaining to drugs.

The apology was presented by the Turaga ni Mataqali Yavusamatai for the Yavusa Niubuto in Gasele Paula Bulivou who says the involvement of their youths in illegal activities has portrayed a bad image not only for the two respective villages but for Kadavu as a whole.

He assured that steps were being actively pursued to discuss how to work with stakeholders in tackling the illegal trade.

In accepting the traditional apology on behalf of the Government, the Divisional Police Commander South Senior Superintendent of Police Pita Keni acknowledged the vanua’s support towards efforts in combating illicit drugs for the sake of the future generation.

The Fiji Police Force Community Outreach Awareness was held in Kadavu last week, in partnership with the ITaukei Affairs Ministry and other Government departments.