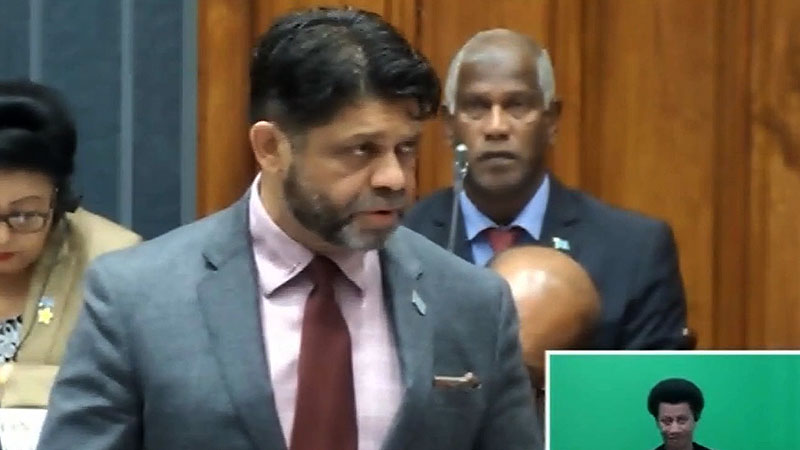 The amendment to the State Lands Act 1945 will bring about enormous level of relief to thousands of Fijians and also ensure the Lands Department is able to issue proper leases.

Attorney General Aiyaz Sayed-Khaiyum says due to restrictions placed by the law, people for decades were living on land yet there was no legal ability for them to be able to access proper titles by way of lease that could be granted by the state for all persons residing on crown land.

Sayed-Khaiyum says at the same time, this will ensure the legal basis of all land, titles and leases are done within the legal framework which gives confidence to people and the economy at large.

It says by amending the Act, it will be able to regularise the occupation of these lands and allow the occupants to build permanent homes through the mainstream financial system.

Minister for Economy, Aiyaz Sayed-Khaiyum says calling People’s Alliance “Paap” or “Paapi” is a play of words just like calling someone from... 58 minutes ago
LATEST NEWS