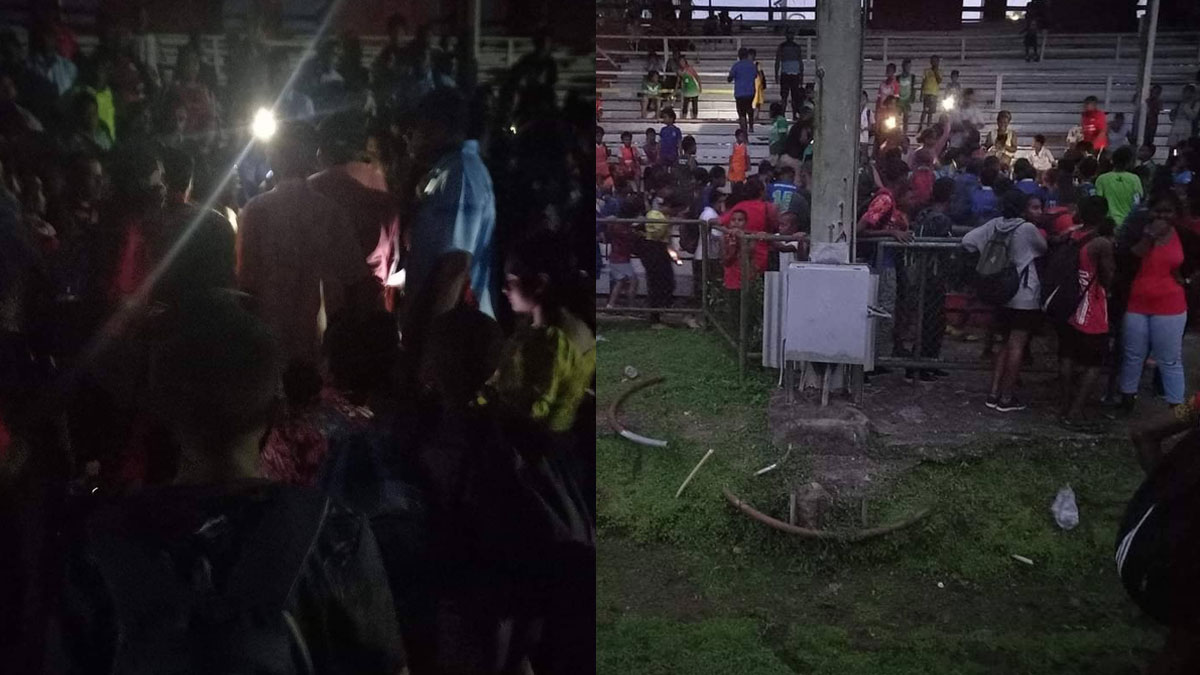 Some parents are raising serious concerns that their children were forced to play in the inter primary soccer at Ratu Cakobau Park in the dark last night and children were left in a very vulnerable state.

A parent from Lokia, Nausori, Umesh Narayan says a match started just after 6pm and the floodlights did not come on.

He also alleges that there were no security and medical officials at the ground.

Narayan says there was no need to rush the games into the evening.

The Head Teacher of Nakaikogo Primary School, Muniappa Goundar has also raised concerns who says the games should have finished at 4.45pm with the presentation however the second semi-final was still being played after 6pm.

He says the tournament was badly organised and it put the lives of children in danger.

He maintains the matches were not played in the dark and the losing teams are now making an issue.

We will be speaking to the Ministry of Education later today.