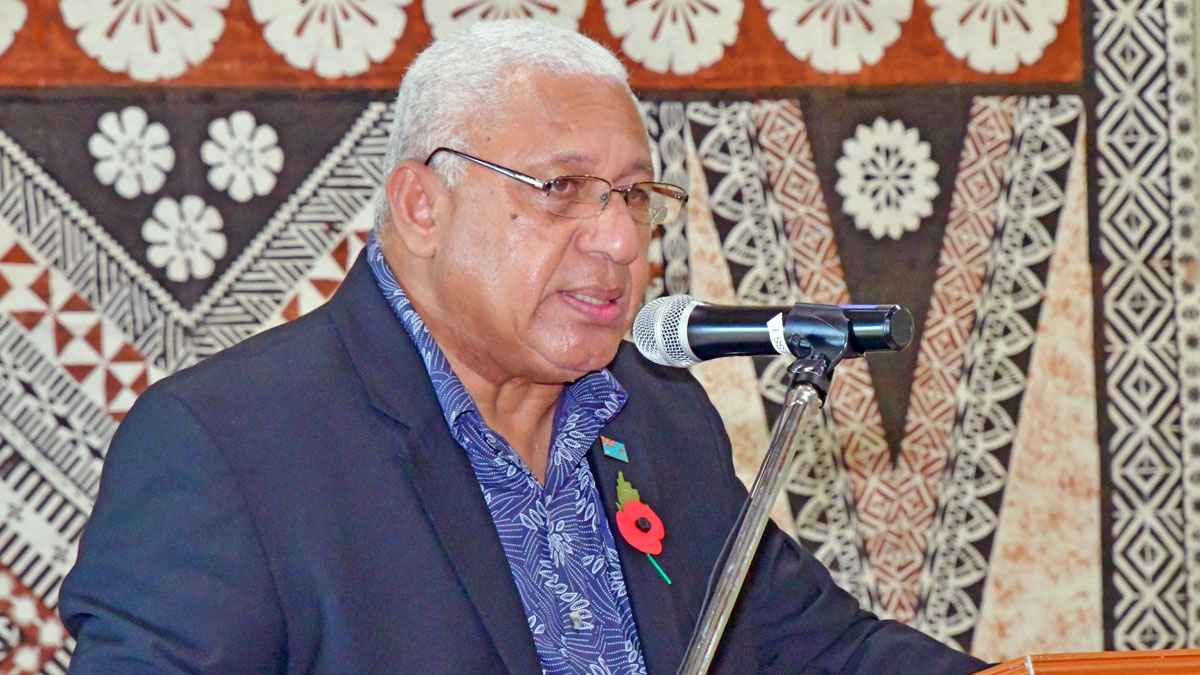 Prime Minister, Voreqe Bainimarama says the issue about land will always come up because he claims opposition parties know this is the only way to unsettle the iTaukei.

While speaking during the opening of the Tailevu Provincial Council meeting, Bainimarama said iTaukei land ownership is safe and no land has been taken under this Government because it is protected under the Fijian Constitution.

He says at present they are finding ways to increase its value and to ensure that all community members, including women and young people, enjoy an equitable share of the benefits of land leasing. Bainimarama says last month, he commissioned the $2.89 million Nasoqeloa Subdivision in Namata, Tailevu.

He says this impressive piece of developed land not only benefits Halaiwalu Investments but overall increases land value in the surrounding areas, which means a higher return for all landowners.

The Prime Minister says they have also waived premium payments from lease offers, making it easier for landowners to own leases and obtain credit from financial institutions to develop their land. He says through the equal distribution of lease money, everyone listed under a landowning unit in the Vola ni Kawa Bula receives equal shares of lease money, and there are several young iTaukei millionaires-in-waiting who will be able to access their funds when they turn 18. Bainimarama urged landowners in the Tailevu Province to partner with government as well and realize their land’s full cash-generating potential.

He says if the landowners are not going to use the land for productive use for themselves, he urges them to renew those leases for crop cultivation or even for residential purposes.

He also says it is imperative that they fill all vacant chiefly titles.

Of the 878 chiefly and customary titles in Tailevu, only 348 are filled.

That leaves 530 vacant and Bainimarama says we need these titles filled – urgently. Bainimarama also says anyone who tells you we need to strip away corruption-fighting institutions, like FICAC, is seeking to corrupt the country and enrich themselves.

He says we must keep Fiji safe from those who seek to turn our institutions and economy into their own personal piggy banks. Meanwhile Bainimarama says in response to their development aspirations, from 2014 until 2021, his Government has invested more than $272 million into Tailevu Province. He says more than $79.4 million was allocated for social pension programmes, poverty alleviation initiatives, and disability programmes to protect those who have needed protection most. The Prime Minister also says they have spent $31.5 million in infrastructure development which includes the upgrade of the Waidalice Bridge, the Cautata-Waicoka Road, Kiuva-Kaba Road, Nadali Bypass, Kasavu Road Rehabilitation, Natila Road, Visa and Anijioki Road and Namata Village access road and crossings.

He says $54 million was specifically used for the renovation of the Nausori International Airport.