PM says Fiji Times and fijivillage want people to believe that they are an uncaring Government, but this is not true

PM says Fiji Times and fijivillage want people to believe that they are an uncaring Government, but this is not true 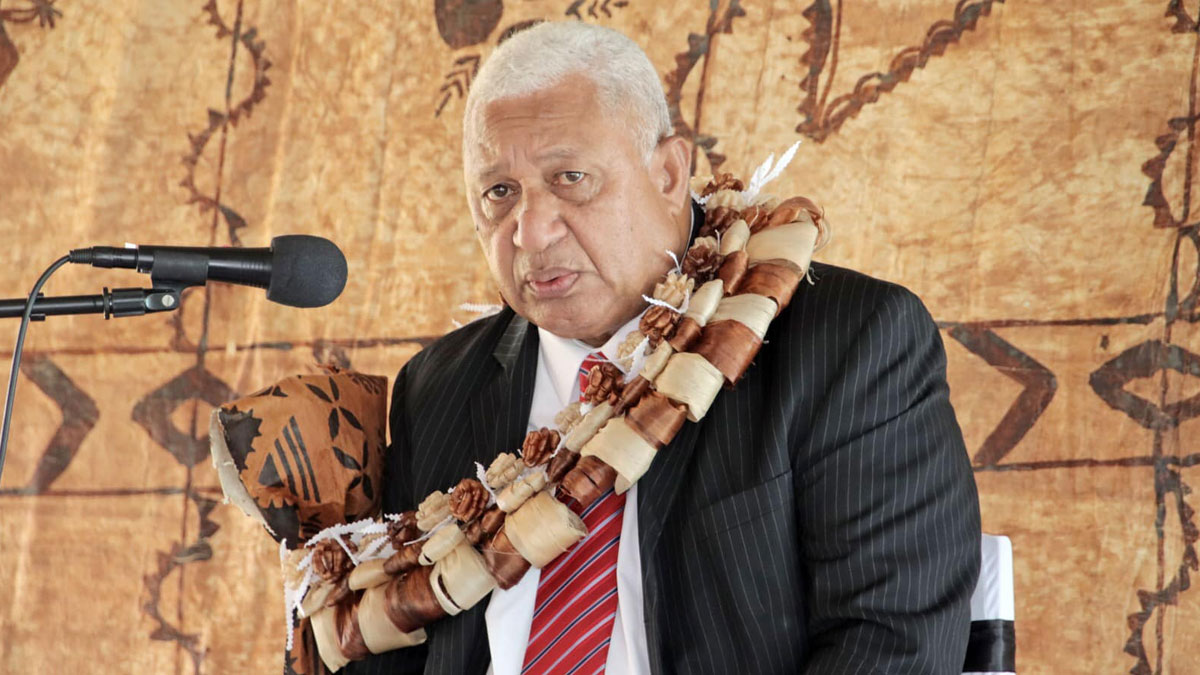 Media outlets like the Fiji Times and fijivillage want you to believe that we are an uncaring Government, blind and deaf to the difficulties faced by ordinary people and that has never been true.

This was Prime Minister Voreqe Bainimarama’s comments while explaining the 2022/2023 National Budget at the Ba Provincial Council Meeting in Sorokoba Village.

He says Fijians and everyone on earth experienced hardship and difficulty through the pandemic.

Bainimarama says it was not an easy, simple, or painless experience, but he believes they chose the fastest and surest way through to the other side.

He says the latest budget also continues to fund the basics of nation-building.

He adds now that the worst of the pandemic is over, the local economy is recovering powerfully alongside the rest of the country.

Bainimarama says the Government planned for this recovery from the darkest days of the crisis and worked hard for it.

He also acknowledged everyone that got vaccinated as their actions helped protect fellow Fijians and created the confidence that ensured when the borders re-opened, they immediately saw a tsunami wave of visitors and economic activity.

He further says they stopped Fiji Airways from going under and stopped people from starving and losing their homes.

The Prime Minister says his opponents fought them in every step of the way and it was easy for them to do because they had their jobs and they are not answerable to the people.

Bainimarama says his Government is answerable because he is here to serve all Fijians, including the 100,000 people who lost their jobs during the pandemic.

He adds those Fijians are benefitting the most from the decisive measures they took to deliver the Bula Boom of tourism, business activity, and investment that we are experiencing today. He says, as a result, people are going back to work and the Government paid $210 million in wages in the first six months of 2022 compared to this same period last year.

The Prime Minister says this past Friday they went further, as the Attorney-General and Minister for Economy announced a new National Budget that is responsible, innovative, and compassionate.

He says they will provide Fijian families with a combined annual income of $50,000 or less with one dollar per day per child, or seven dollars a week or around 30 dollars per month –– making for a total of $180 per child for the next six months.

He further says a family with three children, for example, will receive $540 in cash support over the next six months that they can use to alleviate the rising prices that they’re dealing with.

Bainimarama says social welfare recipients and those in the After Care Fund, Government-funded pensioners, and tertiary students will also receive a payment of $180 for six months.

He adds the Government will be stepping in to pay ten percent of the bus fares of all members of the public to combat rising bus fares as a result of rising fuel costs.

The Prime Minister says their opponents call these freebies but they call it compassion because prices are rising, and they must rise together as a nation to protect those most vulnerable.

Bainimarama says he was sent a rather ridiculous headline run in the Fiji Times over the weekend that supposedly quoted AG as saying, “Government policies spared people from suffering” and he clarified that the AG never said it because he and thousands of Fijians were listening to him.