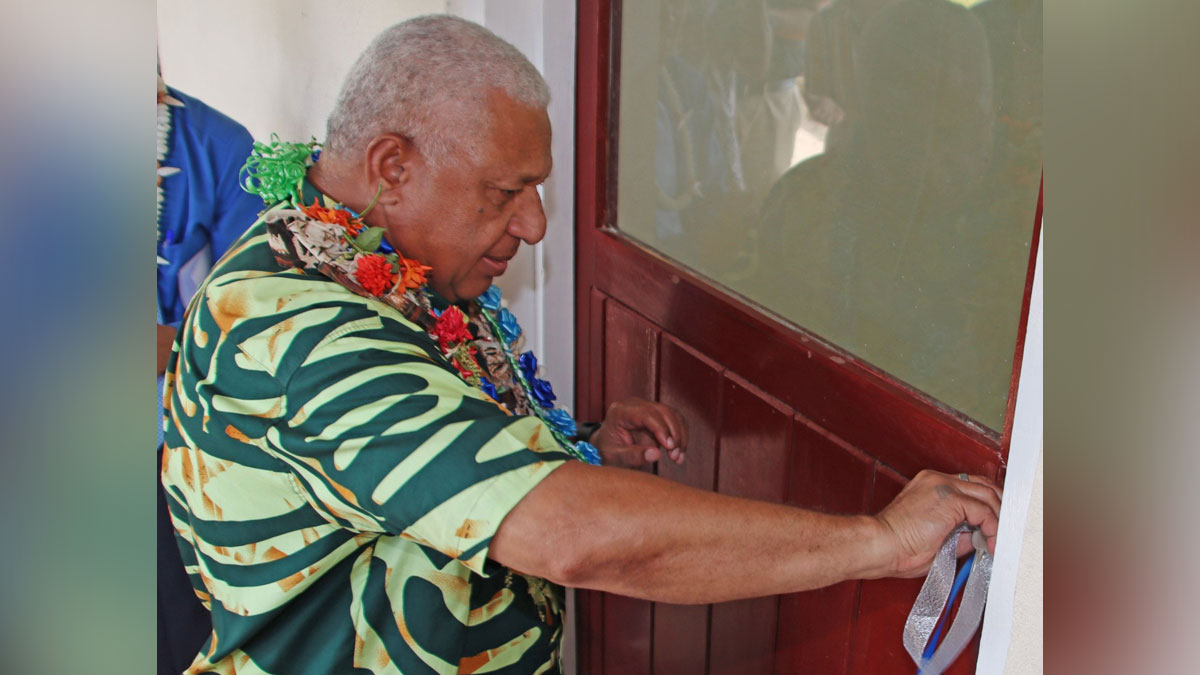 Every Fijian student deserves an equally high standard of learning, no matter where they live.

This was highlighted by Prime Minister Voreqe Bainimarama while opening new classroom blocks at Navakasiga District School and Lekutu Secondary School in Bua.

He says government is not satisfied simply with being the first to provide free, compulsory education for every child but every Fijian student must have access to an equally high standard of learning.

Bainimarama says the schools are now equipped with a modern education facility that is built to cyclone-resistant standards and will also be used as an evacuation and shelter point for the surrounding communities.

The Prime Minister also highlighted that they have prioritized the education of Fijians of all ages, introducing the Free Education Grant, Free Bus Fare and Free Textbooks to name a few.

He says they are proud to say they are the first Government to provide free and compulsory education for every child. Bainimarama says they have made sure that all students are supported from elementary level to tertiary level education; and with an increase of almost $43 million being allocated to the Ministry of Education under the newly announced Budget.

The PM adds this increase is concrete proof of Government’s ongoing commitment. He adds from 2014, the Government through the National Toppers Scheme has awarded 4,565 students with scholarships while 165 students have received Special Needs scholarships. He says this has enabled students with financial difficulties to further and complete their tertiary studies and find meaningful employment after graduation.

Bainimarama says he understands that these are tough times peope are goin through due to the global COVID pandemic and the Russia and Ukraine’s war.

He adds as a responsible Government, they have introduced numerous initiatives in the recently announced National Budget to support people cushion some of these shocks.

The Prime Minister further says they have announced that households earning $50,000 or less will receive one dollar per day, which is seven dollars per week or 30 dollars per month, over a six-month period. This applies to any child from birth to Year 13. He adds all social welfare recipients and those in the After-Care Fund, Government-funded pensioners, and tertiary students will also receive a payment of $180 for six months. He says his Government has doubled the number of scholarships available to students to 1,200 and have added 770 awards in areas vital to the national interest, including Nursing.

The Prime Minister says they have also allocated 165 new scholarships for teacher training in Maths and Physics, Industrial Arts, Primary Education and Computer Science. Bainimarama says teachers who have the relevant educational qualifications will now qualify for a salary raise to ensure that teachers are constantly seeking to raise their game and provide students with better education. He says single officers will receive $1,200 per annum, while married officers will receive $1,800 per annum.