PM officiates at the promotion ceremony of the new Army Commander

PM officiates at the promotion ceremony of the new Army Commander 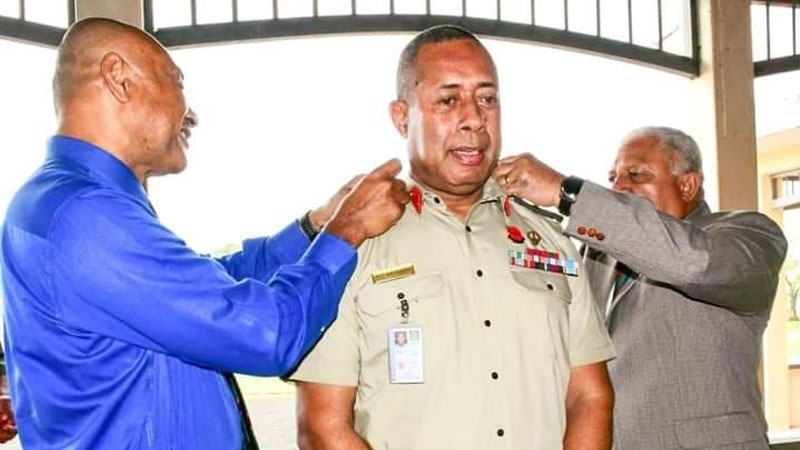 Prime Minister Voreqe Bainimarama officiated at the promotion ceremony for the Republic of Fiji Military Forces Commander Brigadier General Jone Kalouniwai to the rank of Major General at the Officers Mess in Queen Elizabeth Barracks in Nabua today.

Bainimarama acknowledged Major General Kalouniwai's commitment to serve our country and to protect every Fijian.