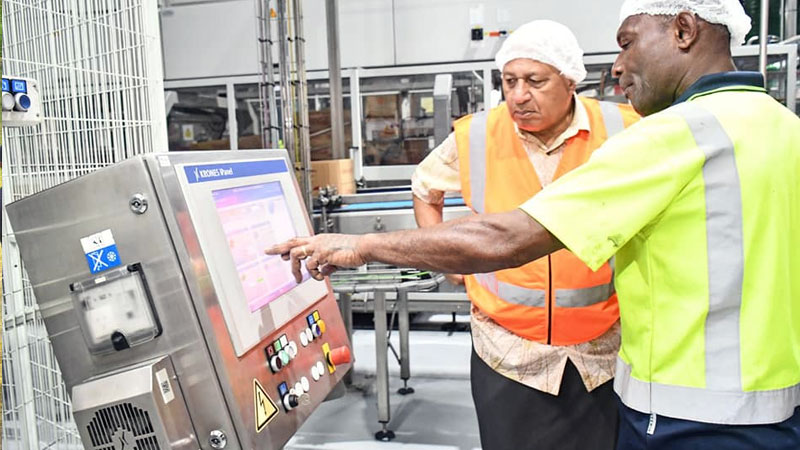 [Photo:Office of the Prime Minister, Republic of Fiji]

About 40% of the energy that is used to power the manufacturing and distribution factory in Laucala Beach is from solar system.

While visiting the factory, Prime Minister Voreqe Bainimarama also thanked the company for their resilience through the pandemic in continuing to provide jobs for approximately 290 employees throughout Fiji and supplying products to over 3,488 customers and distributing to 8 export markets.

Bainimarama also acknowledged the company for their “Mission Pacific” program which has contributed in the protection of the environment.

Since its initiation in 1999, over 200 tonnes of PET bottles and cans have been recycled annually.

The bottles and cans collected by members of the public as well as representatives from the local municipalities are brought in for recycling and exchanged for cash.

$1 is paid for every kilogram of bottles and/or cans.