Over 4,000 people come together for the Yellow Ribbon Walk

Over 4,000 people come together for the Yellow Ribbon Walk 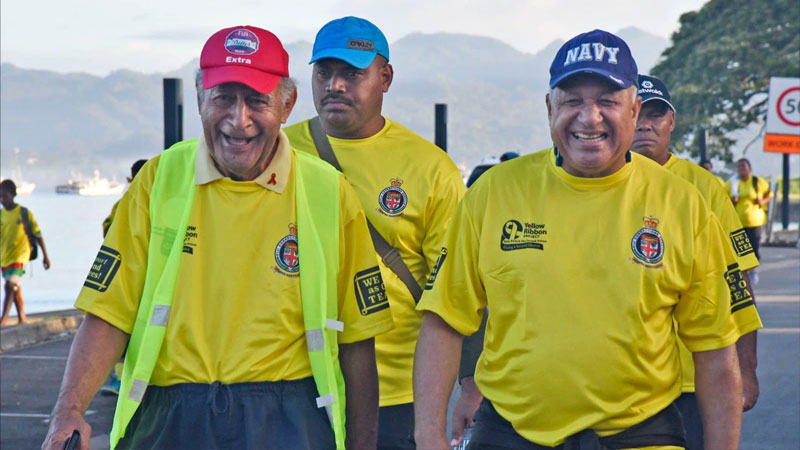 More than 4,000 people including Prime Minister Voreqe Bainimarama, Government ministers and 16 inmates were part of the Yellow Ribbon Walk of Restoration.

This was the first time inmates were included in the Yellow Ribbon Walk.

The Commissioner of Fiji Corrections Service Francis Kean says fighting stigma is one of the biggest battle they face at the Service and has acknowledged the support of the families who were part of the walk today.

Kean says the Yellow Ribbon project is all about giving a second chance and the work of rehabilitation cannot be undertaken by the Fiji Corrections Service alone.

He says they had people from the West who left their homes at 1am yesterday just to show their support with their loved ones.

Kean says this reassures them that the inmates will return to loving arms and will go back to become law abiding citizens.

On his official Facebook page, Prime Minister Bainimarama says their approach to rehabilitation has seen our recidivism rate drop dramatically in recent years.

Bainimarama says he is proud of the path they are laying to help all Fijians lead fulfilling lives.

Health Minister Doctor Ifereimi Waqainabete who was the chief guest at the event says the drop in the recidivism rate from 7.8% to about 1% shows that the project is working very well.

Dr Waqainabete says it has indirect effects on health because mental health is an issue they want to look into going forward.