Reserve Bank of Fiji Governor and Head of the Macroeconomic Committee, Ariff Ali.

The Reserve Bank of Fiji Governor and Head of the Macroeconomic Committee, Ariff Ali says the second wave of the coronavirus outbreak of the highly contagious Delta variant in Fiji has thwarted all chances of an economic recovery this year.

While speaking on the revised growth projections for the Fijian economy for 2020 to 2023, Ali says the localised lockdowns in Viti Levu, restrictions on certain economic activity and movement of people, and the mandatory “COVID 19-safe” operational requirements for many businesses have further curtailed economic activity and raised the cost of doing business.

He says given these developments, the economy is forecast to contract further by 4.1 percent this year, driven by the services and industrial sectors, which are expected to more than offset the positive contributions from the primary sector.

The services sectors include accommodation and food services, transport and storage, public administration and defence, financial and insurance services, real estate, health, information and communication, education and other services.

The industrial sectors include manufacturing, construction, mining and utilities.

The primary sector include agriculture, forestry and fisheries.

The latest assessment by the Macroeconomic Committee shows that the Fijian economy is estimated to have contracted by 15.7% in 2020, lower than the 19% contraction estimated earlier.

Ali says the improvement is reflective of the latest available data, which show that major sectors such as finance, wholesale and retail trade, transport and storage, accommodation and food services, construction and information and communication performed better than initially expected.

He says nonetheless, 2020 still represents the most severe economic contraction in Fiji’s modern history, as the collapse in visitor arrivals reverberated across the economy. 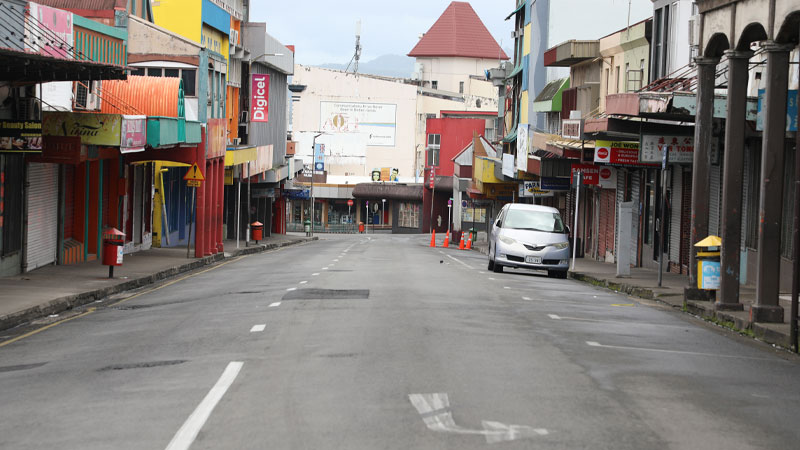 The Reserve Bank of Fiji Governor and Head of the Macroeconomic Committee, Ariff Ali says Fiji’s economic recovery is dependent on the successful containment of the COVID outbreak and the re-opening of borders for international tourism.

The RBF Governor says as tourism activity stalled from last year, the negative knock-on effects were felt on overall economic activity leading to the deterioration in employment as well as business and household incomes.

Ali says this broad-based contraction in demand and economic activity also translated into lower tax revenue for Government, which also contributed to the negative GDP outcome for 2020.

He also highlights the contraction in the Fijian economy is consistent with most emerging and developing economies, especially tourism-dependent countries, where economic activity contracted significantly and will take some time to return to pre-pandemic levels.

Ali says for 2021, with no community transmission for almost a year, there were strong prospects earlier for positive growth this year as several economic indicators and business sentiments noted improvements.

He says from next year, economic recovery is expected on the assumption that the current outbreak is controlled, herd immunity is achieved through vaccination, and borders re-open towards the latter part of 2022.

Ali says while the economic recovery from next year is contingent on the resumption of tourism activity, visitor arrivals are not expected to return to pre-pandemic levels for some time.

However he says since the current outbreak has yet to peak and there remains considerable uncertainty on its future evolution and impact on Fijian lives and the economy, the economic outlook could deteriorate further.

Ali says the balance of risk to the current economic outlook is heavily tilted to the downside.

Ali says the ongoing threats from natural disasters and the recent upswing in commodity prices constitute other downside risks. He says given the economy’s precarious outlook, economic recovery is critically dependent on the successful containment of the outbreak in the near term and the re-opening of borders for international tourism as local conditions allow.

He says it is encouraging to note that around 50% of our adult population have already received the first dose of the vaccine.

The Macroeconomic Committee says based on the current inoculation trend, Fiji will be close to herd immunity by the end of October this year.

Ali says it is therefore critical that macroeconomic policies remain geared towards adequately resourcing the health and other frontline agencies to contain the pandemic whilst at the same time ensuring adequate social protection for households impacted by the outbreak and the containment measures.

He says in addition, carefully re-opening businesses within the required health and safety parameters is also crucial for maintaining jobs and livelihoods.

Ali says in contrast to the challenges faced by the pandemic in the real sector, Fiji’s external position has improved substantially.

Foreign reserves are currently just over $3.1 billion and sufficient to cover 11.1 months of retained imports of goods and services and have been boosted by lower imports; increased personal remittances and official aid; external borrowing by the Government; and the sale of Energy Fiji Limited’s shares.

The committee says the recent announcement by the International Monetary Fund to distribute US$650 billion to its members through additional Statutory Drawing Rights allocations will further boost our foreign reserves by around $265 million in the coming months.

It says as a result, foreign reserves are projected to remain at comfortable levels over the medium term.

The Macroeconomic Committee is made up of Heads and senior representatives from the Ministry of Economy; Fiji Bureau of Statistics; Ministry of Commerce, Trade, Tourism and Transport; Office of the Prime Minister; Investment Fiji; Fiji Revenue and Customs Service and the Reserve Bank of Fiji. 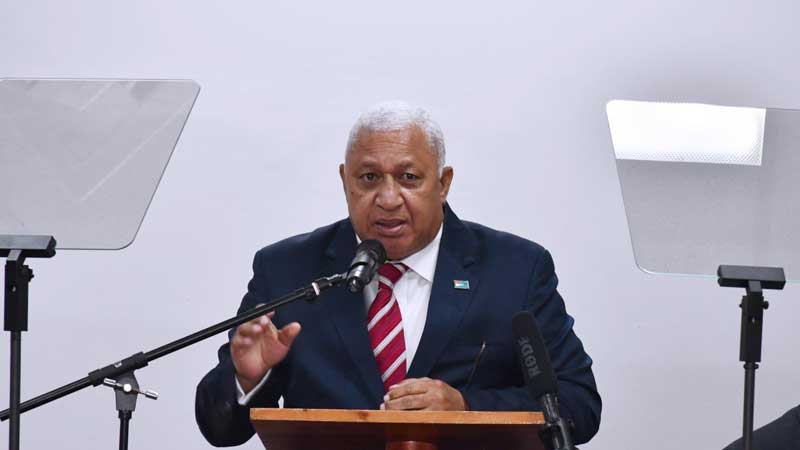 Prime Minister Voreqe Bainimarama has highlighted that the Moderna vaccine is first being administered to 15 to 17-year-olds who are nearing the end ... 6 minutes ago

The Interpretation Amendment Bill 2021 will be debated in parliament this Wednesday. Attorney General, Aiyaz Sayed-Khaiyum says this bill has been ... 9 minutes ago

As the Ministry of Health begins rolling out the Moderna vaccine for children between the ages of 15 to 17 years from today, Health Minister Dr ... 5 hours ago
More News
TOP