Opposition should talk to over 80,000 Fijians who are covered by government’s social protection net before commenting on the budget – Vuniwaqa

Opposition should talk to over 80,000 Fijians who are covered by government’s social protection net before commenting on the budget – Vuniwaqa 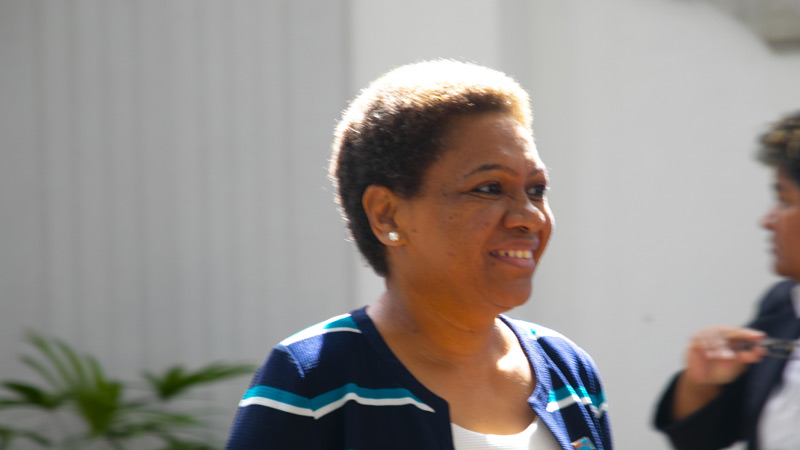 “The Opposition had the audacity to call this budget irresponsible, rudderless, theoretical and deceiving – but they should tell this to the over 80,000 Fijians and their families who are covered by government’s social protection net.”

Minister for Women, Children and Poverty Alleviation, Mereseini Vuniwaqa stated this while speaking during the 2020/2021 National Budget debate.

The Ministry of Women, Children and Poverty Alleviation has been allocated $159 million in the budget.

Vuniwaqa says with the $14.4 million increase in their budget, this is the highest budget to have been ever allocated to the Ministry for Women, Children and Poverty Alleviation.

She says $9.9 million of this increase has been through donor support funding from the government of Australia and the rest is from the Fijian government.

The largest portion of the Ministry’s total budget allocation is for the administration of the nation's social protection programs and those benefiting from these programs include women, pregnant women, single parents, children, the poor and persons living with disabilities and the elderly.

She says the allowance of $100 under the Social Pension Scheme will be maintained, with the eligibility age remaining at 65 years.

The budget allocation to the Social Pension Scheme is $55.3 million and currently there are 45,898 recipients under this program.

She says the Expanded Food Voucher for Rural Pregnant Mothers will be maintained at $50 and so far 3,127 women have benefited from this program in the current financial year.

Vuniwaqa adds that they will continue to administer the disability allowance and this program currently supports over 8,000 beneficiaries who are getting $90 per month.

Vuniwaqa also stated that they have heard from NFP’s Lenora Qereqeretabua about the importance of the budget for the modification of homes for persons living with disabilities where she said the loss of funding to Habitat for Humanity will mean that persons with disabilities may have to wait five to seven years to get assistance from private benefactors and many may not get any assistance at all.

Vuniwaqa says Qereqeretabua’s statement intentionally glosses over the fact that there is a budget allocation for the modification of homes for persons living with disabilities under the Ministry of Housing. She says as members of parliament, they must always give full facts on issues they raise because thousands of Fijians are counting on them and what they say.

Meanwhile, Vuniwaqa reveals that 79% of all relevant beneficiaries have fulfilled the re-certification requirement and for those who haven’t fulfilled this requirement, their allowances will be suspended from August.

She says such allowances will continue to be suspended until the re-certification requirements have been fulfilled.

Vuniwaqa says if these requirements are not met by December this year, the allowances will be terminated.

PNG has confirmed 7 more COVID-19 cases today with 3 from yesterday and 4 for today. Yumi FM News reports these 7 cases are all linked to a mining ... 45 minutes ago

The US Embassy has today in partnership with the Asian Foundation donated various books to the Suva City Carnegie Library. While making the ... 54 minutes ago