Ono-i-Lau, Vatoa, parts of Kadavu, Rewa Delta and the North have been affected by the Tongan volcanic eruption

Ono-i-Lau, Vatoa, parts of Kadavu, Rewa Delta and the North have been affected by the Tongan volcanic eruption 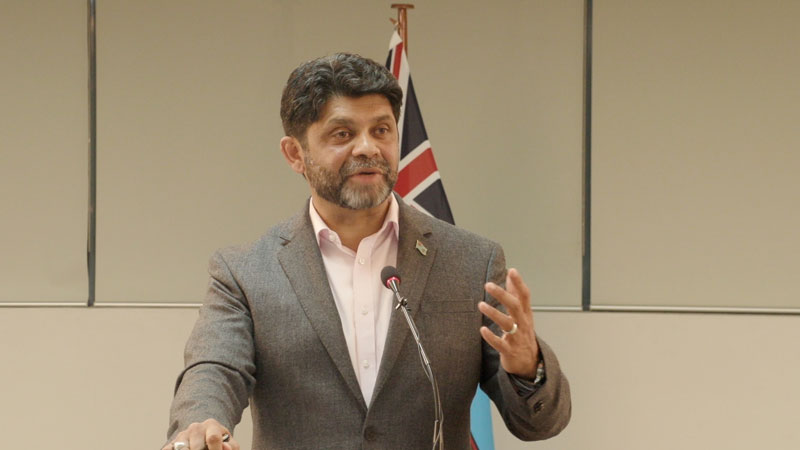 Acting Prime Minister, Aiyaz Sayed-Khaiyum has confirmed Ono-i-Lau and Vatoa in Southern Lau and some areas in Kadavu, Rewa Delta and the Northern Division have been affected by the Tongan volcanic eruption.

Fijivillage received reports of changes along the coastline in Ono-i-Lau and Vatoa and other areas yesterday afternoon.

Sayed-Khaiyum says the teams reached out to them in terms of what to do.

He says they have received requests for schools to be opened up as evacuation centres because some of the low lying areas are being inundated with water.

Sayed-Khaiyum says the Ministry of Lands and Mineral Resources and NDMO alerted everyone to move to higher ground and evacuation centres will be opened for them.

While responding to a question raised by fijivillage on why the NDMO advisory was sent out at 7.32pm when the volcanic eruption started at about 5.30pm yesterday, Sayed-Khaiyum says they need time to do the assessment and liaise with a number of agencies including people in New Zealand who have better systems and measurements.

He says it is not our ability to say that this will happen in the next hour and that is something the experts will tell us so this is why it is critically important to keep the radio on as all messages as and when needed will be given on the radio.