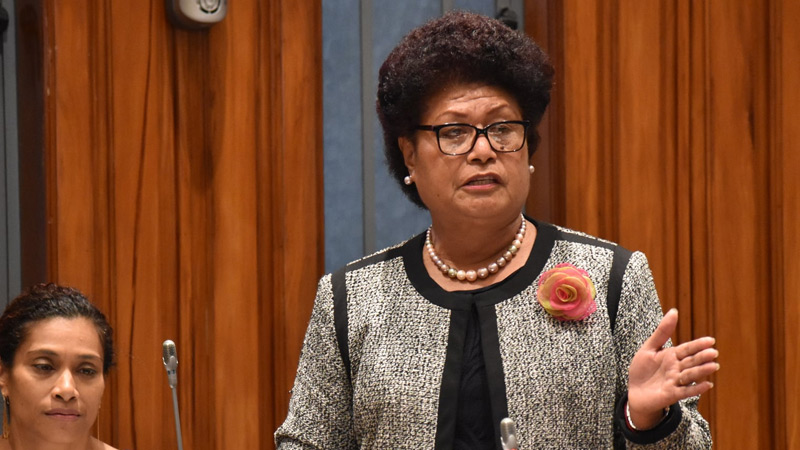 SODELPA parliamentarian Salote Radrodro says she believes the only unprecedented growth Fiji’s economy has seen is the growth of debt.

While speaking during the 2020/2021 National Budget debate, Radrodro claims Fiji’s national debt has increased more than three times since 2006 from around $2.5 billion to $8.3 billion in 2020.

Radrodro has also urged the Government to capitalise on Fiji’s local expertise to save money which can be used to pay overtime and meal allowances to civil servants.

She further says the Minister for Economy in his budget address has capitalised on the pandemic as an excuse for Fiji’s economic doom.

Radrodro says ministers will be faced with delay and non-achievement of work targets and people will suffer the consequences of poor public service delivery.

Radrodro says the total budget for the Ministry of Women has increased by $14 million but that only looks good on paper as $135 million is held under requisition which includes all core programs.

The Fiji Independent Commission Against Corruption has confirmed that it is yet to conclude its investigation into eight Opposition MPs and one ... 3 hours ago