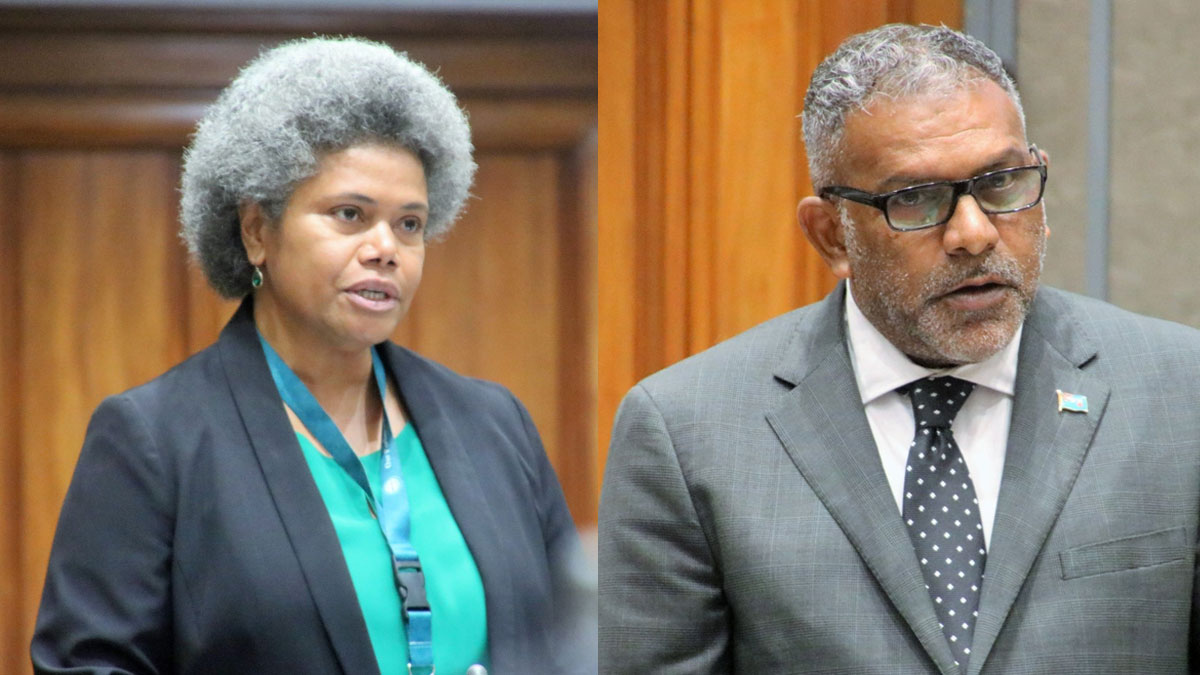 National Federation Party MP Lenora Qereqeretabua claims that there have been developments in the FijiFirst Government's pipeline since 2015 and not one stone has been turned despite cumulative budget injections since 2015 while Minister for Commerce, Faiyaz Koya says challenges have resulted in government’s re-prioritization of the funds.

While debating on the review of the Ministry of Local Government, Housing, and Environment annual report of 2015, Qereqeretabua says some of these developments include the Seaqaqa, Keiyasi, Nabouwalu, Korovou town developments, Lautoka swimming pool, Govind Park Ba, Sigatoka River bank update, the Waila and CWM maternity hospitals.

She says the government is just blaming climate proofing for its delays.

Qereqeretabua says when the time comes for debates, the opposition party is met with rude and obnoxious comments from the FijiFirst government side.

While speaking on the motion, Minister for Commerce, Faiyaz Koya says there have been challenges that the ministry has faced in completing these projects, such as COVID-19 from 2019-2020, which resulted in re-prioritization of the funds as the government was providing assistance to families from the budget allocated for capital projects.

Koya says regarding the Nabouwalu and redesign of storm water drainage in the subdivision's proposed town centre, the Construction Employment Unit of the Ministry of Economy is assisting the project to ensure that proper groundworks are taking place.

He says the ministry is also working with the Fiji Roads Authority to upgrade drains around the proposed town centres, and currently, the ministry has also commenced work on the Nabouwalu passenger services facility, which will be located next to the Nabouwalu market, while Keiyasi town is expected to commence in the first quarter of this financial year.

However, the ministry is working together with the iTaukei Land Trust Board for leases to commence work in other areas and is also working on identifying development partners on the dredging of Waibula River to mitigate any future risks.

Koya says the ministry is fully focused and committed to delivering these projects within certain times despite genuine problems that have been faced.