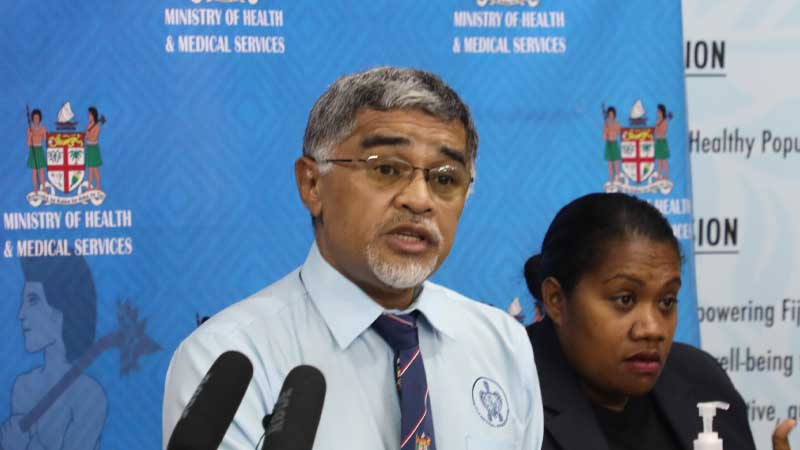 The Ministry of Health had flagged a potential case of COVID-19 yesterday in the Northern Division after an individual residing in Labasa initially registered a weak positive COVID-19 test result for a sample tested at the Labasa hospital laboratory.

However Permanent Secretary for Health, Doctor James Fong says after consultations with the in-country experts and the WHO, they can confirm this was a false positive test result, a rare occurrence that has been known to happen worldwide.

Some media outlets had created panic and fear in the North earlier today after reporting that there are positive cases there.

Doctor Fong stresses that people should rely on facts.

He says they have protocols in place to identify these rare occurrences when they happen, and these protocols have functioned well in this case.

He says two retests of the same sample generated negative results at the same lab.

Doctor Fong says while they suspected this was a false positive given the unusual nature of the tests results, they immediately took preventative action to cordon off the area in which the individual resided, as well as sections of Labasa Hospital.

He says they also isolated the man and quarantined and tested his close contacts.

They have all since tested negative.

A repeat swab was taken for the man and it has also tested negative.

A swab taken two days before the weak positive swab has also tested negative at the Fiji Centre for Disease Control.

There are no COVID-19 cases detected in the Northern Division.

The containment zones established in response to this case are not in force.

Meanwhile, Doctor Fong will have a press conference this evening where he will also announce new protocols regarding the Suva Nausori lockdown areas and containment areas in Lami, Nadi, Lautoka and Rakiraki.

We will also have live coverage on our website, fijivillage.

A 31-year-old woman who crossed the Nawaka containment area to travel to Vatusekiyasawa Village in Ra has been taken into police custody. Acting ... 27 minutes ago