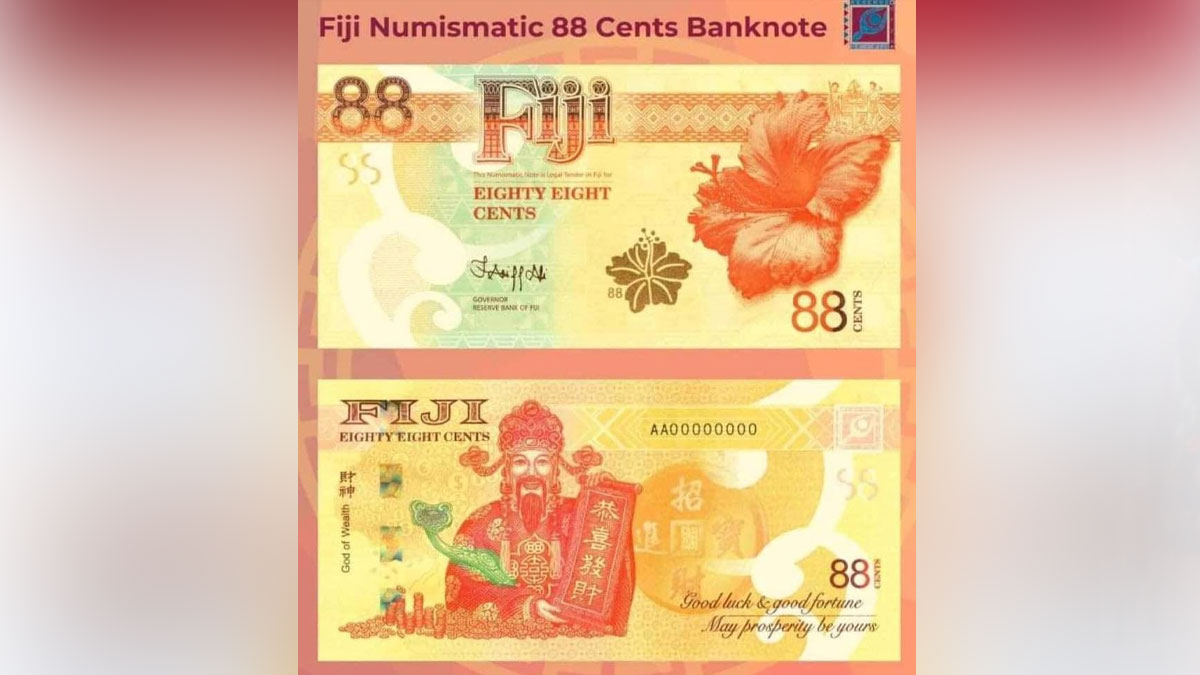 The Reserve Bank of Fiji says the newly-announced $0.88 numismatic banknote is among the hundreds of non-circulation numismatic currency that the RBF has produced since 1974.

It says considering recent misinformation and speculation on social media, RBF would like to clarify that no new $0.88 numismatic banknotes will be entering into circulation.

As is common practice among central banks, the RBF produces limited quantities of numismatic currency in partnership with reputable companies and entities for purchase by collectors and enthusiasts.

The practice is similar to that of stamp production, whereby hobbyists can purchase the banknotes and coins for their collections.

The RBF says in this instance, the numismatic banknote with a face value $0.88 has been created for sale targeted at the Chinese and wider Asian market.

The Central Bank says past numismatics banknotes and coins issued by RBF, which have covered themes such as Christmas, landmarks, celebrities such as musicians and fauna like birds of Fiji have been an important income stream for the RBF. 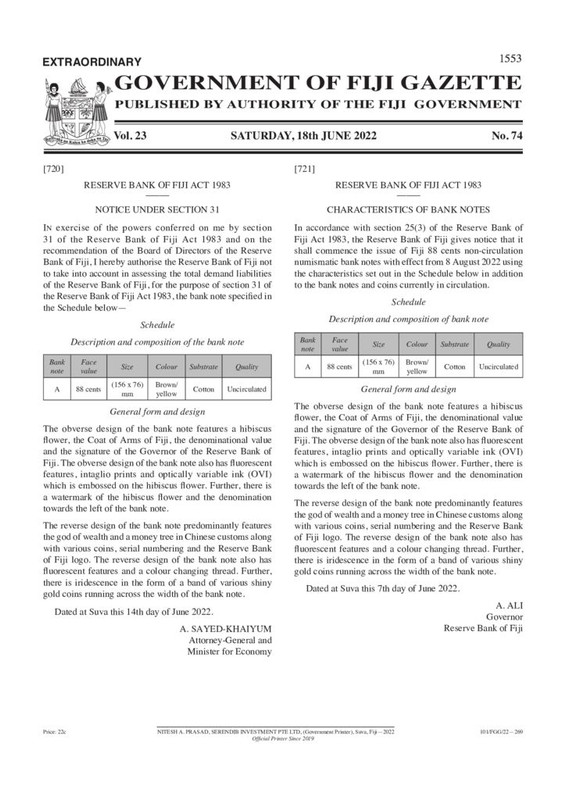 In the past three years alone, the RBF has generated over $8 million in income through the sale of numismatic banknotes and coins which complements the Bank’s income. The RBF says people can buy the note for $28.

In a gazette, the Attorney General Aiyaz Sayed-Khaiyum and RBF Governor Ariff Ali say that the reverse design of the bank note predominantly features the god of wealth and a money tree in Chinese customs along with various coins, serial numbering and the RBF logo.

They say the reverse design of the bank note also has fluorescent features and a colour changing thread. Further, there is iridescence in the form of a band of various shiny gold coins running across the width of the bank note.

They add the obverse design of the bank note features a hibiscus flower, the Coat of Arms of Fiji, the denominational value and the signature of the Governor of the Reserve Bank of Fiji.

The obverse design of the bank note also has fluorescent features, intaglio prints and optically variable ink which is embossed on the hibiscus flower.

Further, there is a watermark of the hibiscus flower and the denomination towards the left of the bank note

Police have classified the death of the 16-year-old boy who was pronounced dead at the Colonial War Memorial Hospital on Sunday as murder. Initial ... 4 minutes ago
LATEST NEWS