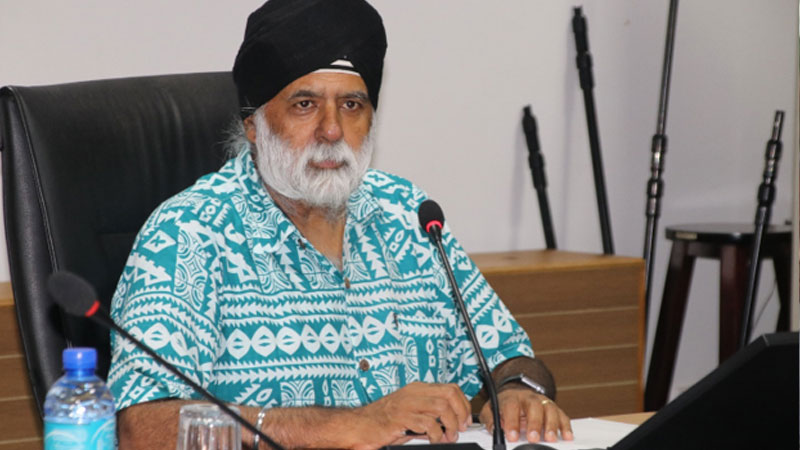 The University of the South Pacific Vice Chancellor Pal Ahluwalia has clarified that there are no job losses or pay cuts for their staff apart from their Executive Management who had already taken a 5% pay cut.

Ahluwalia says there is a lot of misinformation about job losses at USP and he wants to confirm that what they want to do is a proposed reorganization which has been necessitated by the timing of grants and also cuts through their operating grant and COVID-19.

He made these comments after Fijivillage also asked him on the effect of the Fijian government withholding the USP grant $27.7 million.

He says they could have done an across the board pay cut, but they did not as it would have been disruptive to the staff.

The Vice-Chancellor says they are meeting with staff with regards to the proposed restructure.

Ahluwalia says they did not want to burden national welfare by conducting a pay cut in all their partner countries.

He says the senate and professors met twice and they strongly endorse the new structure.

Ahluwalia says they now have to take their proposal up to the Council as it is the supreme body.

He says he is proud of his team who have worked relentlessly to find solutions.

Ahluwalia says at the beginning of the year when the news of COVID-19 came, they knew that they have to plan and this was also the time for them to really think about their students.

He confirms that Australia has committed to releasing AUS$7 million while New Zealand has lifted their grant to NZ$1.5 million.

Executive Director Finance Kolinio Boila says in the restructure, they are targeting a $15 million savings to sustain the University.

Boila says there are 90 academic positions and 26 non-academic staff.

He says they have about $5 million worth of jobs in the non-academic function which is vacant and they will not be advertising these jobs.

Boila says out of the 116 staff they currently have, in the new structure, they will need only 66 positions while 47 jobs will be floating around and will be moved into the non-academic functions.

USP Senior Librarian and staff representative, Elizabeth Read Fong says in this restructure they feel the rights of the staff are protected.