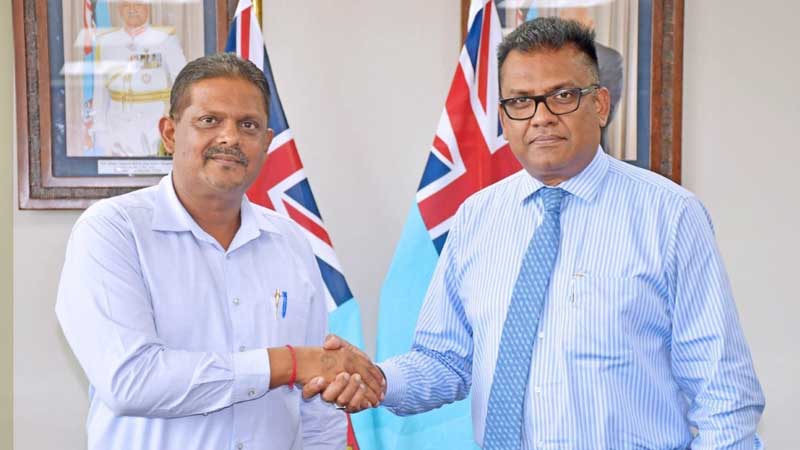 He says the recent cyclones and flood have impacted the cane farmers and the cane crop as well as some of the infrastructure in the mills and rail systems.

Singh says this is an additional challenge that they will need to best manage.

He says with his adequate level of competence and management capabilities, he is adamant that with the support of the cane growers, government and stakeholders, Fiji’s Sugar Industry will reach newer heights.

Singh had a special meeting with the Permanent Secretary, Office of the Prime Minister and Sugar Yogesh Karan.

Karan says Singh possesses a wealth of experience, and knowledge and is familiar with the mechanics of the Industry.

The Permanent Secretary says Singh has a good network and relationship with the cane growers and stakeholders, which is an added advantage.

He spent 18 years at FSC starting as Shift Chemist and progressing to Assistant Product Superintendent and then as General Manager with responsibility covering all the mills from 2005 until 2011.

A man and his wife who sexually exploited two young girls in Nakasi two years ago, will spend 16 years and 10 months behind bars. The man and his w... 54 minutes ago
LATEST NEWS

Olivia Newton-John, the Australian singer whose voice and wholesome beauty made her one of the biggest pop stars of the '70s and charmed generations ... 2 minutes ago

Fiji has recorded 66 new COVID cases since Friday. 14 new cases were recorded on Friday, 36 cases on Saturday, 10 cases on Sunday and 6 new cases ... 47 minutes ago

5000 youths are expected to benefit from the Open Skills Training that will be provided by the Commonwealth of Learning in partnership with ... 49 minutes ago